The former title receiver of Arnold Amateur Strongman Championship, Braun Strowman is currently a professional wrestler and strongman of WWE.

Braun Strowman, also known as the Black sheep of Wyatt’s family, emerged in 2016. If we talk about the true passion of Braun Strowman, the word ‘destruction’ fits him perfectly.

Besides that, the WWE werestler is also known for his work ethic, splendid performances, and raw power.

Braun Strowman has earned his way into WWE with his dedication and hard work. His size and appearance have taken WWE with a storm, and in short, his career in WWE garnered him a huge fan base.

Since his beginning into WWE roaster, he has had a presiding influence in the company.

Braun Strowman has worked a lot in his initial days and got training from Matt Henry and Bray Wyatt, and Finn Balor as his mentors.

With a thirst for competition, Braun Strowman can be a nightmare for any superstar against him.

This passion for destruction has landed him Single championship Reigns in 2020, which is still ongoing and has been thrilling on his return on January 29 after recovering from a serious blood infection. The rest of his journey will be exciting as it unfolds in the coming future.

Now, let’s start with quick facts about him you would love to know:

Adam Joseph Scherr was born on 6th September 1983 at Sherrills Ford, North Carolina, USA, a former Strongman, and American professional wrestler. He has earned his popularity from his ring name Braun Strowman.

Braun was born to a former Slow-Pitchball softball player Rick Scherr, also known as “Crusher,” in softball with a hit over 1800 career softball runs. Braun had always revered his dad, which made him grow a love for sports.

While growing up, Braun loved to play these three sports: American football, wrestling, track. But as he was not good at his studies, he couldn’t get a college education which made him give up his dream of playing football for college.

However, later his love for sports helped him gain fame in wrestling.

The name of Barun’s younger sister is Hannah Scheer, and she shares physical attributes of the family, as having height similar to her brother.

Braun Strowman had completed his schooling at Bandy’s high school, Catawba, North Carolina. However, he was not much into studies, but he had excelled in sports.

Braun seemed to grow over a foot and added 100 pounds in 9th to 12th grade, but he was an ordinary-looking guy. After graduating high school, he was 6’5’’ and 315 pounds.

Braun Stroman is 37 years old and has one objective in life: never to give up and accept all the challenges ahead.

As per the recent news, Braun Strowman was recovering from a blood infection that made him lose around 2 pounds.

Stroman’s physical appearance can be supporting his name, The monster among men, with a height of 6 feet and 8 inches and 385 lbs (175 kg) of weight.

Similarly, his chest is 62 inches wide, his waist 42 inches, and his biceps 24 inches. He has brown hair and eyes similar to his father.

Through Stroman’s Instagram handle, he had shown pictures of him losing over 35 lbs through hard training and exercise. These changes had only brought him more attention for sure.

In the post, Braun has shared how he had struggled with depression and drinking, which led him to be overweight, and how he overcame all the struggles.

At the beginning of his career, Braun worked as a mechanic and security guard in North Carolina.

His love for sports initially pulled him to be part of strongman, in which he participated in many events and has earned lots of trophies and medals, which are certainly decorated in his room.

After that, he got hooked to a strongman career and earned several competitions for the U.S in 2009- 2012.

Hence, he became the fastest sportsman to turn into a professional strongman in history.

His journey from strongman to WWE has its own story. It was Mark Henry who had eyes for talent and spotted Braun Strowman in Los Angeles.

Later, he showed Braun to WWE executives and told them to check a weight-lifter and potential WWE participant. In conclusion, this discovery led to shaping Braun’s career.

Braun had also appeared in a film before his NXT debut. However, that didn’t gain him much popularity. Braun had acted in an Indie movie called Three Count, which was only 50 minutes long.

Initially, he started his WWE career in 2013 and was assigned to the WWE performance center Arnaldo, Florida, where he was given his ring name Braun Strowman.

Firstly, he appeared as a rosebud of Adam Rose in 2014. In 2015, he debuted WWE roaster against Dean Ambrose and Roman Reigns as a Wyatt family member. When he first appeared with Wyatt’s family, WWE fans fat-shamed him.

Even the strongest man couldn’t stay away from criticism, but he didn’t let the criticism bother him and worked hard towards his goal.

Strowman’s strength and persona have indeed done justice to the names he has received, including The Monster among Men, New face of destruction, The Mountain of man, The Abominable Strowman, among others after his emergence in 2016.

Braun Strowman is famous for his passion for destruction. The destruction has accomplished his many significant accomplishments, including record-setting performances in Royal Rumble matches.

Lifestyle and Net Worth

The total net worth of Braun Strowman can be estimated at around 2 million dollars.

As per a recent contract with WWE, Braun Strowman’s multi-year deal is $1.2 million. This deal includes his downside guarantee, as well as merchandise and live event earnings.

Braun Strowman is supposed to have a huge passion for cars, so when you have 7 figure income, you can get cars of your choice.

His current car collection consists of Dodge Ram 2500, Toyota Supra, 1987 Buick Grand National. It is sure an exquisite collection.

Strowman consumes 15000 calories in a day for the Monster-looking body and, consequently, works hard in the gym.

Braun Strowman is reported to be dating Kailey Dawn Farmer, aka Kamilla Kaine. His beau is also a wrestler like him.

Kailey has an attractive personality which sure to has drawn Braun’s attention.

Although he hasn’t shared much insight into his private life, he surely likes that topic to keep a secret.

Who is Braun Strowman’s wife?

Is Braun and Bray Wyatt related?

No, they aren’t related but work as a team in WWE.

How much does Braun Strowman make a year?

Braun Strowman signed a new $1.2 million multi-year deal with WWE in 2019. His pay includes his downside guarantee, as well as merchandise and live event earnings.

Julie Hampton is popularly known as the wife of Kirk Cousins, an American football quarterback. A woman has several identities in her life. Similarly, Julie Hampton is a wife, mother, daughter, teacher, super-fan, and philanthropist. Professionally, Julie worked as an elementary school teacher. Kirk has been playing for the Minnesota Vikings in the NFL (National…

English actor Danny Miller shares a precious bond with his siblings, Lucy Catherine and Paul Miller. Miller is best known for portraying the character of Aaron Livesy Emmerdale, an ITV soap opera. He received the British Soap Award For Best Actor for the series in 2011, 2012, and 2016. He is currently in the limelight… 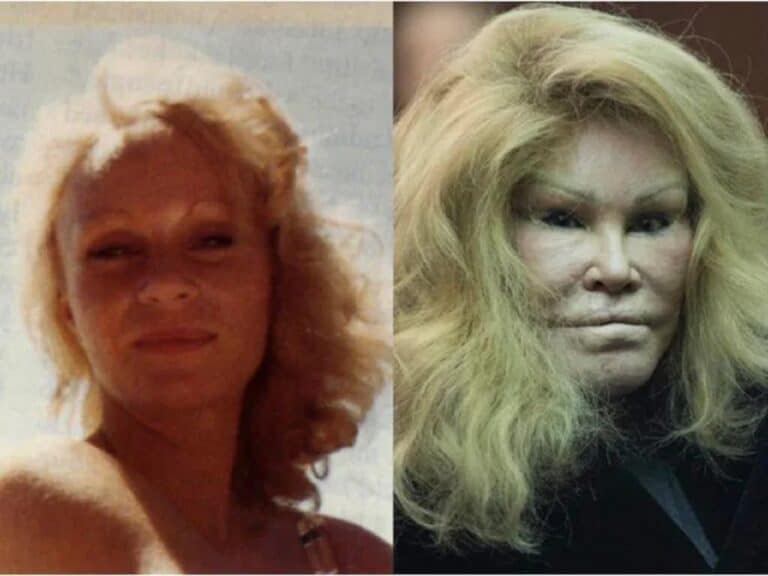 People are learning about Cat Lady Plastic Surgery, as she denies having anything done to her face.  Known for her extensive cosmetic procedures that gave her a cat-like appearance, her high-profile divorce from wealthy art dealer and businessman Alec Wildenstein in 1999, her luxurious lifestyle, and her subsequent bankruptcy, Jocelyn Wildenstein is a Swiss socialite….