Daniel Christopher Covell a.k.a. Christopher Daniels, a professional wrestler with 20 total championships, recently made a massive comeback to All Elite Wrestling (AEW) after sustaining an eye injury.

Christopher Daniels is an American semi-retired professional wrestler who has signed to AEW. He is 52 years old, born on March 24, 1970, and best known for his performance in Impact Wrestling (TNA) and Ring of Honor (ROH). He is also known for his commitment to the independent circuit.

After a long break from AEW, Daniels decided to unite with Frankie Kazarian for the episode of Dynamite from 2021. A tag team match was held between Christopher Daniels, Frankie Kazarian, Matt Jackson, and Nick Jackson.

In that match, the veteran suffered a severe injury to the eye when he was kicked in the head by Nick Jackson. The clip of the incident became viral, which raised many questions about Christopher’s eye.

What Happened To Christopher Daniels’s Eye?

Christopher Daniels’s eye is still in the same condition after the last fight with Matt Jackson and Nick Jackson. The injury took place during AEW Dynamite on May 12.

Nick’s surprise kick on Daniels’s head left him with a severe bleeding, to the extent where the wrestler required emergency stitches. The wound on his eyebrow was so serious that it left him in a blood jam.

After the incident, the fans were concerned about the wrestler as the video of the incident became viral.

The fans recently heard from Christopher during an interview with Chris Van Vliet on Feb 9, 2022. Even after nine months, Christopher’s eye was all red.

During the interview, the wrestler said that the injured eye hasn’t stopped discoloring yet to be fully healed. According to his doctor, his vision is all right, and it will take a few more months for his eye to fully recover.

Even after the injury, Christopher came back to the wrestling ring when he faced Bryan Danielson in a singles competition. His passion and commitment to becoming one of the best wrestlers have paid off.

Find out What Happened To Kae Kurd’s Teeth?

Christopher Daniels is married to Lisa Collelew, his college girlfriend. The couple got married in June 1993. Even after 29 years of marriage, the couple is committed to each other. They have two adorable children; Jerica Ellen Covell and Joshua Allen Covell.

During the couple’s college romance, both wanted to pursue acting. Lisa even worked as an actress, but she put her acting career behind her. In Christopher’s case, he got more interested in professional wrestling. Lisa supported Christopher in starting his wrestling career.

Whatever the case, both the couple are happily married and settled.

Are you curious about Joshua Basset’s Sexuality?

Wrestling is a multi-million dollar industry. According to showbizcorner, an average wrestler earns from $23,000 to $114,000 per week. It is a profession worth risking your life.

Christopher Daniels has a net worth of $1.5 million. With 20 total wrestling championships between Impact, ROH, and New Japan Pro-Wrestling, a Grand Slam winner’s fortune all came from his winnings.

All of his winnings make him a veteran wrestler who is an inspiration to his fans and any newcomer. His recent comeback is just another sparkle among his long list of achievements. 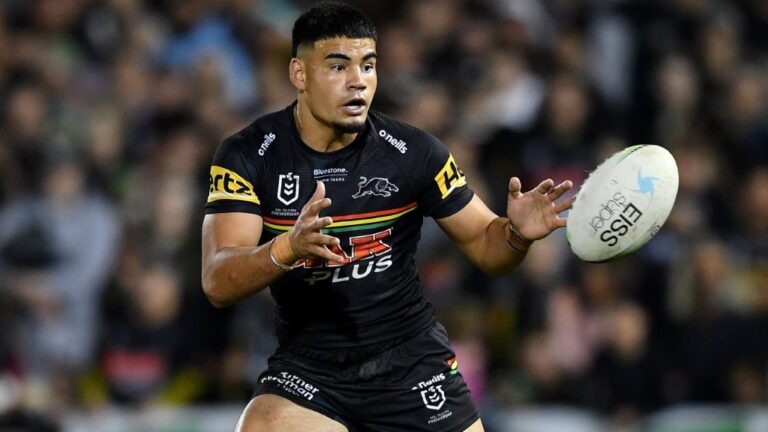 Taylan May assault video has been out via CCTV footage. And he has been receiving a lot of support as well as backlash after the video went viral. May is a 21 years old football player from Australia. He currently serves as a winger for his team “Penrith Panthers.” He has also been involved in…