Dacre Montgomery is an Australian actor most famously known for portraying Billy Hargrove in the hit Netflix series “Stranger Things.”

The Australian got his first big break in the Power Rangers reboot as the main character, red ranger, in 2017.

What is Stranger Things’ antagonist Dacre Montgomery’s religion? Does the actor believe in God? The actor practices Christianity. However, Montgomery has never publicly voiced his religious views.

The actor first appeared on Stranger Things: Season 2 as Sadie Sink’s annoying step-brother. The Power Rangers lead was promoted to the show’s main antagonist in Season 3 and had a guest role in Season 4.

The Australian-born actor is known to practice Christianity. We can assume that the actor is an unorthodox Christian as he neither attends church regularly nor makes any biblical references.

However, his character, Billy Hargrove, on Stranger Things, subtly made many references and symbolism to Christianity.

Some devoted fans of the show quickly noticed that the actor’s character, Billy, wore a necklace that portrayed the Virgin Mary, mother of Jesus Christ.

On another occasion, Billy Hargrove also wore an amulet of St. Christopher. The pendant is commonly worn by Catholics as a talisman for safety while traveling.

However, the show producers never openly discussed Billy’s faith or religion and mostly made hidden allusions.

In his personal life, Montgomery has struggled with anxiety since he was 12. As a kid, the actor was bullied in school for his weight. However, later, the Stranger Things actor channeled his bullying experience to prepare for his role as Billy.

In an interview with Netflix Queue, the actor revealed that he was asked to leave drama school three times due to arrogant behavior.

At the time, a lot of stuff was happening in his life. The Australian said, “I got fired from my job, my girlfriend & I went on a break — all this happened at the end of the first year. “

However, the actor took a break from school to clear his mind and came back stronger.

Dacre Kayd Montgomery Harvey was born on November 22, 1994, in Perth, Western Australia. He is the son of Judith Barrett-Lennard and Scott Harvey-Montgomery.

The actor grew up watching and admiring the film industry as his parents worked at the Western Australian Academy of Performing Arts (WAAPA).

The 27-year-old’s mother did some broadcasting work at the WAAPA, while his Father, Scott, a sound recordist, was a lecturer in the sound department.

Judith Barrett-Lennard’s IMDb page has listed her as a second unit coordinator, production coordinator, and producer for several TV series and movies. In 1995, she acted as the producer of a short Australian film Struck. 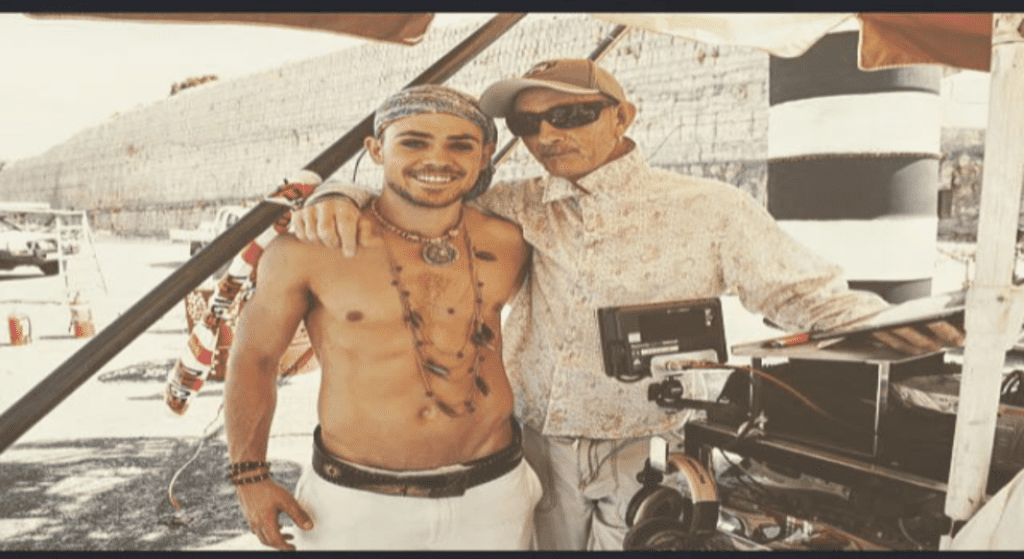 Dacre Montgomery working on a film set with his Father, Scott Harvey-Montgomery. Source: FacebookDacre and his Father were big-time movie buffs. They would watch movies together and later analyze every aspect and theme of the film. Scott is proud of his son’s achievements and is glad Dacre found his passion.

The Australian actor has a younger sister, Saskia. His sister and mother visited the actor once on the sets of Stranger Things: Season3.

Dacre Montgomery has mixed ethnicity. His Father, Scott, is from New Zealand, whereas his mother is from Canada.
Montgomery holds dual citizenship in Canada and Australia.

In an interview with GQ, the 27-year-old confirmed that his maternal ancestors were related to the British royal family. Judith’s family Barrett-Lennard descended from Anne Lennard, Countess of Sussex and daughter of Charles II of England (1630-1685).

The talented actor’s name, Dacre, pronounced “day-keyr,” is originally Celtic and derives from the Barons Dacre of England.

Dacre Montgomery Made $150,000 Per Episode On Stranger Things

Dacre Montgomery’s net worth is estimated to be $2 million.

Most of his fortune comes from acting and some from brand endorsements. Before becoming a mainstream actor, he worked as a theatre actor and starred in music videos.

In 2019, Dacre produced a podcast titled ‘DKMH’ (initial letters of his full name). The podcast is a collection of poetry-like songs.

According to Fox Business, Montgomery was paid $150,000 per episode in Season three of Stranger Things. In total, the star made $1.2 million.

The mixed actor has nearly 9 million followers on Instagram. The Australian has smartly capitalized on his huge fan following and done a brand deal with Polestar, an electric car brand under Volvo motors.

You May Also Like: 25 Best TV Shows of All Time 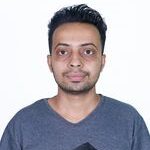 Bret Hart is an American-Canadian retired professional wrestler, writer, amateur wrestler, and good actor. When Hart was only four years old, he had his first work in wrestling, which involved pulling lucky numbers out of a metal box. As getting older, he started selling programs to the show. His brothers also started helping him in…

Angie Janu is a former professional American actress and model known as the ex-wife of famous American actor Jason Beghe. Angie is popularly known for her outstanding breakthrough role in Too Good to Be True. However, she came into the limelight after her marriage to Jason Beghe in 2000. Unfortunately, after a long seventeen years…

Indira Varma Daughter, Evelyn Tierney, lives with her mother and Father, Colin Tierney, in Hornsey, North London. She is the only child of the couple. Likewise, many people are curious to know about the Varma family since Indira is a British Actress and narrator. She can be seen in numerous movies and television series like…

Tyler James William, an American actor, and rapper, is not gay and is not currently married or involved in a romantic relationship. Along with being a martial artist, rapper, and musician Tyler portrayed the supporting role of Noah on AMC’s The Walking Dead. Tyler featured as Simon in Tyler Perry Presents Peeples in 2013 and got…

Grace Phipps, better known by her stage name Gracie Gillam, is an actress, singer, and dancer from the United States. Moreover, she’s also known for her roles in Teen Beach Movie and Teen Beach 2. Moreover, Grace has produced a handful of songs. In the hit television show The Vampire Diaries, Grace plays April Young….