Kat Driscoll is a famous British trampoline gymnast. Moreover, she had been ranked as the world’s number one trampolinist.

She is the only British lady to have qualified for two consecutive Olympic Games in Trampolining.

Kat got introduced to the sport when she was just seven during her vacation in Summer camp at her local Leisure Centre.

Moreover, her talent was spotted at eight by a coach. Consequently, she was involved in the sport for over two decades.

Similarly, Kat was interested in swimming as well. Instead, however, she chose to be a trampolinist.

The athlete worked at the HSBC Bank as a full-time worker.

Similarly, she has described her ability to take up sports full-time as an essential turning point in her career. Despite her retirement, Kat is a performance service officer.

This article has gathered detailed information about Kat Driscoll regarding her educational background, career, and many more.

Sadly, there is no information about her family members.

However, Kat was born on March 13, 1986, in Chatham, Kent, United Kingdom. She grew in her hometown.

Kat is always thankful to her parents for supporting her in her career. Moreover, her parents have always been there for her in every step of her life.

Kat had her early schooling at Rochester Grammar School for girls. The athlete was also a member of the Jumpers Trampoline Club(Kent) in Gillingham.

Moreover, she studied at the MidKent College on the BTEC First Diploma in Sport course from September 2003 and July 2004.

Thus, she competed at the 1998 World Age Games and made her international circuit debut.

The March-born trampolinist zodiac sign is Pisces. As of trait of Pisces, she is empathetic and generous.

Kat is married to Gary Short, her coach. Her husband, Gary, is also a former GB trampolinist. Moreover, he is the Trampoline National Performance Pathway Coach.

They came to know each other at Washington Leisure Centre, where she trained and Gary coached.

Moreover, their wedding was attended by many kids from the club, and even one of them was a bridesmaid.

Likewise, they even do a lot of stuff outside the sport together as well. The couple goes out bowling and even attends their friends’ and relatives’ birthdays.

Due to their closeness with the club kids, their parents used to ask them to look after their kids during school holidays.

Before she kicked off her career as a full-time trampolinist in 2010 after being funded by UK Sport, she had won the Aalsmeer Flower Cup in 2009.

Similarly, Kat grabbed the British Championship twice and finished in the top three spots on two events during the 2011 World Cup competitions.

She participated in the 2011 Trampoline World Championships, held in Birmingham, England, United Kingdom.

In addition, the athlete was described before the Championships as “Great Britains’ secret world number one” by BBC Sport.

Similarly, she finished ninth in the 2012 Games, however, because the National Olympic Committees allowed a maximum of two athletes to be sent to the Games, and China had four competitors in the top eight.

So, fortunately, she finished seventh in the Olympic berth for the only trampolinist.

Likewise, Kat still needed to qualify for the place in a series of competitions.

Thus, she repeated that feat by finishing 7th in the individual finals at the 2015 World Championships in Denmark, thus securing one GB place again at the Rio 2016 Olympics.

Moreover, she was the only GB trampolinist to secure two consecutive berths at the Olympics. Furthermore, she still needed to qualify for a place in the competition series.

Kat finished in fourth place in the 2012 Gymnastics Olympic Test Event at the O2 Arena in January 2012 for the 2012 Summer Olympics in July.

Similarly, she secured eighth place in the individual events in the 2012 European Championships.

However, despite this fact, she won the silver medal in the synchronized competition alongside Amanda Parker.

In addition, she finished in the ninth position after the preliminary routines and failed to qualify for the finals in the 2012 Olympics Individual Trampoline competition.

Representing her country, Great Britain, Kat has won many medals in different championships.

Kat’s first World Championships was in 2011, Birmingham, England. Similarly, she won the silver and bronze medals respectively in the team event and synchro trampoline.

Kat’s successive World Championships medal was in 2013 held in Sofia, Bulgaria, where she won the gold medal in the synchro trampoline.

Similarly, in the same championships in the team event, Kat and her team won the gold medal.

Kat and her team won the bronze medal in the 2017 World Championships held in Sofia, Bulgaria.

In addition, they managed to win the silver medal in the 2019 World Championships held in Tokyo, Japan.

Furthermore, around fifty countries were represented in the event by the 5,898 athletics. Likewise, the event lasted from June 12 to June 28.

Moreover, Kat managed to win the heart of many trampoline lovers by winning the silver medal in the 2015 European Games in the individual event.

Kat’s and her team won the gold medal in the 2012 European Championships in the team event.

Similarly, she managed to grab the silver medal in the synchro event. The championship was held in St. Petersburg.

Kat grabbed the silver medal in the individual event, whereas her team managed to win the gold medal in the team event.

In the 2016 European Championships, Kat won the bronze medal in the synchro event.

In addition, her team grabbed the gold medal in the team event. Likewise, the championship was held in Valladolid, Spain.

Kat’s won a bronze medal in the 2018 European Championships in Baku, Azerbaijan.

Unbelievably, Kat has participated only once in the World Games. However, she managed to win the heart by winning the gold medal in the synchro event.

Similarly, the World Games was held in Cali, Colombia, from July 25 to August 4.

Fortunately, Kat has not been a part of any controversy and accidents. Kat has managed to keep her profile clean.

Unfortunately, the double Olympian announced her retirement from the elite trampolinist journey, representing Team GB at London and Rio on October 4, 2021.

Similarly, she said during the announcement that she had spent enough time of her life in the trampoline and was willing for something new.

Despite her retirement, she will always be a part of the sport after taking on the British Gymnastics Performance team as a service officer for tumbling and double mini.

Furthermore, the athlete said that she would always be grateful for the career she had. Kat enjoyed her whole time to have been around and part of the sport.

Moreover, she is grateful she met many people and experienced different things due to her career.

In a Twitter post, she said, “I have loved every minute of my career- the good, bad, and the ugly, and I have no regrets about any of it. It has made me who I am today.”

You may be interested in reading about Leonid Zhabotinsky, a famous well-recognized Ukrainian weightlifter.

Throughout her successful career as a trampolinist, it can be predicted that she has managed to earn an adequate amount of fortune.

The estimated net worth of Kat Driscoll is about $1 million – $5 million.

Despite being the world’s number one trampolinist, Kat is not as popular as other trampolinists on social media.

However, she is active in different social media. Likewise, Kat’s Instagram username is @driscoll86.

Unfortunately, her account is verified with over 7.8k followers. Similarly, her posts are related to her professional and personal life.

Kat’s Twitter username is @driscoll86. Sadly, she has 6.9k followers only.

You may be interested in reading about Waldemar Baszanowski, a famous and prominent athlete in weightlifting.

When did Kat Driscoll become Britain’s first-ever finalist in the Olympics?

How many gold medals has Kat Driscoll won?

The total count of Kat’s gold medals is six in different championships before her retirement. 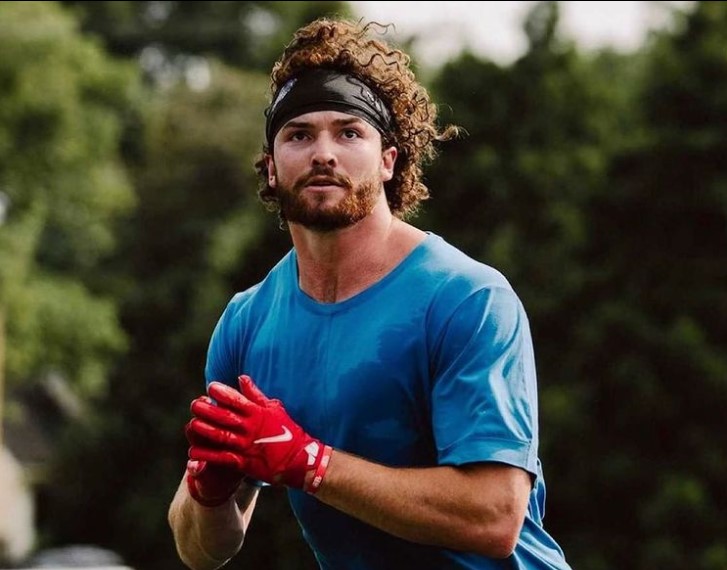 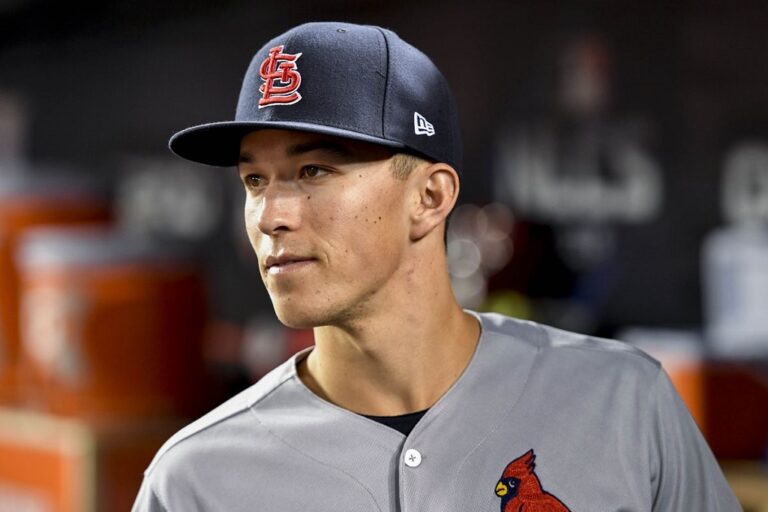 Tommy Edman’s ethnicity has become the most important question to his fans since he wants to spread God’s message to people. He was selected as a Spikes All-Star in the New York-Penn League. He participated in games for the Springfield Cardinals, Palm Beach Cardinals, and Peoria Chiefs in 2017. Edman also won the National League’s Player…