Carly Aquilino is an American comedian, television host, and media personality known for her recurrent role in the popular comedy series “Girl Code.”

Aquilino is noted for her comic chops and signature bright red hair color. However, she is most known for her MTV2 show Girl Code.

Apart from being a very talented stand-up comedian and movie actress, there are various amazing things about Carly that you might not be aware of.

Hence, this article about Carly Aquilino will provide you with all the necessary information about the comedian.

Before getting into details about Carly’s Life and Career, here are some quick facts about her:

On November 18, 1990, Carly was born in New York, in the United States, and raised by her parents.

Her birthday is on November 18th, and her zodiac sign is Scorpio.

Carly was raised in New York City by her mom and dad, who wish to stay confidential in the media, thus little is known about them.

However, it is said that Carly’s mother is a teacher at a middle school.

Besides, her family has been a huge supporter of her work. Aquilino has previously stated that her family is her biggest supporter.

Furthermore, Carly has two elder brothers, both born in 1988 and 1983. They all went to the same Long Island high school.

Evolution Art, a tattoo studio owned by one of her brothers, is located in Florida.

Moreover, Carly has a half-sleeve tattoo that includes a lotus, gypsy, and an owl. She also has yin and yang tattooed on the outside of her right wrist.

Carly’s passion for comedy began when she was a child, and she began writing comedy skits when she was in high school.

Furthermore, Aquilino’s education institute is not disclosed to the public; hence we don’t know from where she completed her schooling and university.

Carly went to a local high school where she developed an interest in acting and comedy, was a theatre club member, and performed in a few school plays.

In addition, Aquilino was also a sports fan, and she and her pals enjoyed playing volleyball and soccer.

Carly has long brown hair, which she usually dyes blonde, and has beautiful brown eyes.

Aquilino has a well-maintained and toned body, and her ideal height compliments her beautiful body perfectly.

Carly also believes that sleeping regularly and eating healthy helps to have a better lifestyle.

You might also want to know about Kit Young, a famous English actor born in Oxford, England.

Carly Aquilino had her first appearance as a comedian at the Gotham Comedy Club.

However, before embarking on a comedy career, she worked as a hairdresser in a salon.

Furthermore, during her early career, Aquilino also appeared as a guest on Guy Court, Wolf Watch, and Gotham Comedy Live.

Moving on, Carly began her acting career in 2013 with a cameo in the short film “Bob Dylan: Like a Rolling Stone.”

Furthermore, in 2015, Aquilino played Sheri in the episode “Maria” of the comedy series “The Jim Gaffigan Show.”

Jim Gaffigan, Ashley Williams, and Michael Ian Black co-created and acted in the show, which follows the life of a married couple and their five children.

In addition, Carly also played Tara in the critically praised comedy film “The King of Staten Island” in 2020.

She also appeared in the episode “Goals” of the comedy series “Gay Girl Straight Girl” in 2016.

Aquilino has appeared in two different series, Real World and Uncommon Sense, where she garnered even more fame and a large fan base.

Carly is April Rose in the MTV comedy series “Girl Code” for the time being.

In addition, she is also the host of Girl Code Live.

Besides acting, Carly also had a guest appearance in an episode of “The Challenge,” “Gotham Comedy Live,” and “Guy Court” in 2013.

Furthermore, she made a guest appearance in an episode of “Bethenny,” “Wolf Watch,” and “The Playboy Morning Show” in 2014.

Carly Aquilino, a 32 year-old comedian, is a beautiful woman because of which any man would be interested in dating her.

However, Aquilino is currently single and has never been married. On the other hand, Aquilino has dated a few men in the past.

Carly previously had a relationship with Guy Code’s Chris Distefano.

In 2012, the couple met at the series’ audition for the first time. Soon after, the two started working together at their business.

Unfortunately, the couple split up after a few years together.

Even after separation, they are very good friends and support one another.

Carly and Pete first met in 2015 when they co-starred in the program “Girl Code.”

Carly had established herself as a comedian by that time, while Pete had begun his second season on “Saturday Night Live” (SNL).

Furthermore, they dated for around a year and attended most of their red carpet events together.

Carly and Pete broke up for unspecified reasons but remained close friends, and they later acted together in the 2020 film “The King of Staten Island,” in which Pete featured.

Talking about Aquilino’s kids, she is a single woman and hasn’t given birth to any babies.

Who is Pete Davidson?

Pete Davidson is a talented actor and comedian from the United States. He is most known for his role as one of the main cast members on ‘Saturday Night Live.’

In addition, Davidson has appeared in various other TV episodes and movies.

In addition, Hillary Clinton is also a tremendous fan of the American actor, who backed her during her presidential campaign.

According to Pete, his hero is “Clinton,” He also mentioned that he had a tattoo of her on his leg.

Davidson is one of the best young stand-up comedians in the American entertainment industry today, with millions of crazy fans worldwide.

Besides, Pete is acclaimed for basing his comedy on his own life experiences and incorporating personal details into his acts.

Also, he frequently speaks to problems such as relationships, marijuana, student life, and so on when performing.

Pete Davidson has been involved in many relationships with famous celebrities over the past few years. After breaking up with Carly in 2015, he was in a relationship with Cazzie David till 2018.

After his split with Cazzie in 2018, he got engaged to Ariana Grande. However, the couple called off the engagement within a year.

Recently Pete has been dating Kim Kardashian since 2021.

Undoubtedly, Carly Aquilino is one of the wealthiest comedians and is listed as the most popular comedian.

She is someone who has been able to make the entire world laugh with her comedy punches and hilarious puns.

From her profession as a comedian, Carly has not only earned name and fame but also has earned a handsome amount of fortune.

Furthermore, Carly Aquilino has a net worth of around $1 Million as of [current year].

As a comedian, one earns an average salary of $30,000 per year. Therefore, being such a talented and popular comedian, it is expected that Carly must be earning over $50,000.

After working for a long time in this industry, Aquilino has succeeded in earning a decent fortune and living a comfortable lifestyle.

Carly earns quite well working as a comedian, and her net worth will surely increase over the years.

The multi-talented stand-up comedian is quite active on different social media sites. She likes to share a part of her personal life with her followers to connect.

Carly has around 451k followers on her Instagram account. She is often seen posting about her profession, friends, and family.

Learn about Stephen Lea Sheppard, a television and film actor and a writer.

Hobbies and other interests

Carly enjoys traveling and has performed stand-up comedy in several states around the United States.

She has also reportedly visited other European countries, including France and England. Her ideal vacation spot is in Miami, Florida.

Furthermore, Carly enjoys shopping for clothes, groceries, and home furnishings. Carly is a fashionista who goes clothes shopping at least once a week, making her a shopaholic.

Her beloved cat may be seen in some of her Instagram photos, as she is a cat lover.

In addition, Carly has her list of favorite actors and actresses, including Jim Carrey, Leonardo DiCaprio, and Angelina Jolie, as well as “Bruce Almighty,” “Titanic,” and “Mr. and Mrs. Smith.”

Also, her slender physique is due to her physical activity, which includes a couple of gym sessions every week.

Is Carly dead or alive?

Carly is still alive and well. According to reports, she hasn’t been unwell or had any health problems.

Where is Aquilino now, and what is she doing?

Carly is still working in the creative entertainment industry as a stand-up comedian.

Where Is Aquilino From?

New York is where the famed comedian was born and raised.

Read About The Funniest Standup Comedians of All Time

Ma Dong Seok Wife, Ye Jung Hwa; The Couple revealed that they are officially married! On October 20, Ma formally described her as “wife” during the 12th annual Beautiful Artist Awards. They had already tied the knot a year ago, and their fans cannot stop praising them as, after several years of dating each other,… 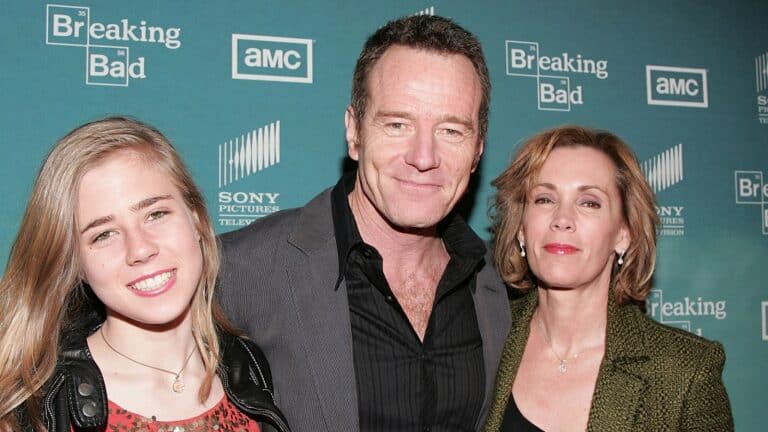 People are curious to know about the ‘Breaking Bad’ actor Bryan Cranston Daughter Taylor Dearden as she is also following in his footsteps.  Bryan Cranston is an American actor and filmmaker best known for his roles as Walter White in Breaking Bad on AMC and Hal in Malcolm in the Middle on Fox. He has…