Is Jordan Rodgers related to Aaron Rodgers? Here’s what you need to know about the athlete brothers.

Aaron Rodgers is widely recognized as one of the all-time great NFL quarterbacks. Over the years, he has amassed incredible stats and holds multiple NFL and college football records.

During Jordan Rodgers’ participation in The Bachelorette, the world first learned about the rift between Aaron and his family.

However, Jordan Rodgers and his family are alienated from his brother Aaron Rodgers, but neither has been silent about their strained relationship.

Although the cause of their quarrel is unknown, several reasons have contributed to Jordan and Aaron’s ongoing spat, which was initially revealed in 2016 during JoJo Fletcher’s season of The Bachelorette.

Jordan didn’t hesitate to tell Fletcher that Aaron doesn’t communicate with his family.

Luke Rodgers, the eldest Rodgers sibling, confessed on The Bachelorette in 2016 that not having that relationship with Aaron pains both of them and that they miss their brother.

He stated that he hopes God brings things full circle and that we can all go back to being a family.

What Actually Happened Between Jordan Rodgers And Aaron Rodgers?

The Rodgers family conflict became public in 2016 when Jordan Rodgers appeared as a contestant on “The Bachelorette.” At the time, he stated that he, his parents, and his oldest brother Luke did not get along with Green Bay Packers quarterback Aaron Rodgers.

He claimed that they had a falling out a few years ago. The Packers quarterback had chosen one course, while the rest of his family had chosen another.

Jordan was displeased with his older brother in 2018 after wildfires ravaged his hometown and surrounding area in Northern California.

The Packers quarterback announced a $1 million donation to wildfire victims. He stated at the time that he spoke with friends and the Mayor of Chico, California, where he grew up, and wanted to help in any way he could.

Jordan shared the video on his own Twitter account. He expressed gratitude for his older brother’s readiness to donate to a worthy cause but accused him of failing to phone his mother, who was at home alone at the time, to check on her status.

Ed Rodgers played football at California State University. After college, he tried out for numerous Canadian Football League teams, but none of them signed him.

Ed came home, signed with a semi-pro team in California, won two titles, and then retired. He began tutoring Aaron and his brothers once they displayed athletic ability.

Ed personally helped his sons by coaching football, while Darla helped them by passing on her dance genes. Darla was a fantastic dancer in college, something she believes she passed along to her quick-footed sons.

According to taddlr.com, Jordan Rodgers has a $1.5 million net worth. Jordan rose to prominence with his performances and triumph on the reality show The Bachelorette.

He was a former American football player who played for the Jacksonville Jaguars, Miami Dolphins, and Tampa Bay Buccaneers.

He is currently a sports analyst for the ESPN SEC Network’s news show SEC Now. Jordan and his fiancee Jojo have a new reality home remodeling show called Cash Pad on CNBC.

On the other hand, Aaron Rodgers is a wealthy American professional football player with a net worth of $200 million.

Even though they have a huge net worth difference, both of them are hardworking and dedicated to their career.

What Happened To Maria Taylor? Fans of sportscaster Maria Taylor are confused as she leaves ESPN for NBC. American sportscaster Suzette Maria Taylor works for NBC Sports. Maria has held positions with the SEC Network and ESPN. She has covered men’s and women’s collegiate and college football, volleyball, the NBA, the NFL, and the National…

Cynthia Frelund is a well-known name throughout the National Football League (NFL). Moreover, she is an American sports television host. Cynthia appears on the NFL shows; Gameday Morning, Fantasy Live, and Game Theory and Money. Cynthia is also known for breaking down complex data and statistics and identifying patterns and trends. Moreover, Cynthia then translates…

Troy Aikman’s Wife is years old as of . She has established herself in the fast-paced world of fashion retail. Troy Kenneth Aikman is an American professional football quarterback who spent 12 seasons with the Dallas Cowboys in the National Football League.  After transferring from Oklahoma, he earned the Davey O’Brien Award at UCLA, and… 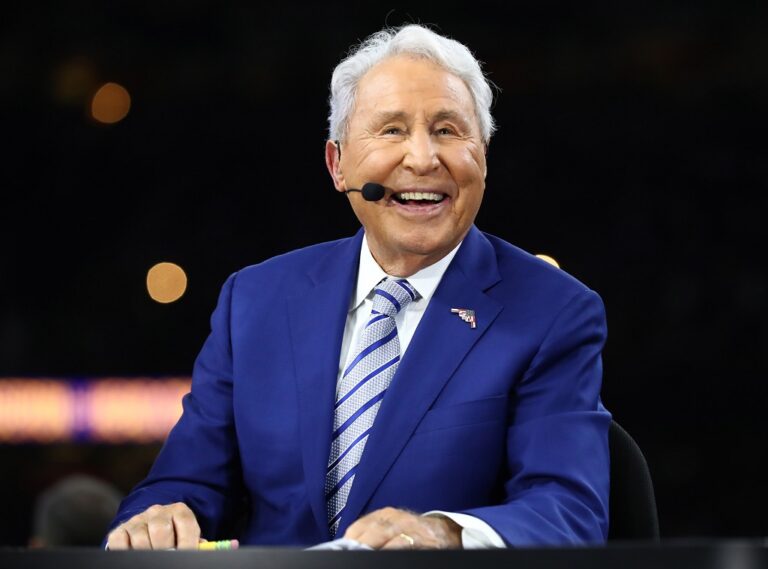 Rumors regarding Lee Corso’s death have been escalating, which left fans worried. American sportscaster Lee Corso is an analyst for College GameDay on ESPN weekly. His comedic antics, his choice of mascot headwear, and his slogan “Not so fast, my friend” have made him rather well known. On ESPN’s College GameDay, Lee Corso is back…