Many celebrities and even normal individuals have become influencers due to social media. Karen Vi is one of them.

Karen Villareal or Karen Vi is an Instagram celebrity best known for her modeling career and social media personality.

However, she also has adequate experience in commercial TV and does a lot of promotional work.

Born on October 3, 1989, in San Antonio, Texas, Karen started her modeling career at the early age of 19. She then went on winning beauty pageants.

A single mom and a thrill-seeker, Karen is a strong, independent woman.

Moreover, the fearless Karen is a highly sought-after model in this competitive market.

Let’s dive in to know more about the social media personality.

Here are some quick about Karen Vi to get you started.

Karen has a splendid petite figure. Her body is perfectly proportioned as 34-24-35.

The petite model has a height of 5 feet 3 inches and weighs around 53 kg.

In addition to that, her black hair and black eyes complement her brown complexion.

The Latino model has no piercings and tattoos. Furthermore, Karen doesn’t have any plastic surgery records and prefers natural looks over makeup.

Her natural looks have attracted so much male attention that she has a whole subreddit dedicated to her.

There’s isn’t much information on her family except that she grew up with her cousins and nephews in a large family.

Karen has Mexican and Spanish descent.

No information is available about her parents. Moreover, whether she is a single child or has siblings is also unknown.

Karen completed her high school at a local school in Texas. She then went on to major in Communication at a Catholic University in San Antonio.

Rather than studying further, Karen decided to focus on her modeling career.

Karen started her modeling career when she was 19.

Karen received an invitation to compete in the Miss Texas USA pageant in 2008. While she didn’t win the pageant, Karen received a lot of compliments and limelight.

She then finished as the first runner-up in the Miss San Antonio American Beauty Pageant in 2009.

Karen went on to win the Conexion’s Hottest Latina and began shooting with famous photographers.

She never had an intention of becoming a model. Karen was also well known in the Boxing community as a ‘ring card girl.’

Karen rose to popularity after she starred in the “IceJJFish – On The Floor” music video, and it grabbed the attention of over 70 million people on YouTube.

Nevertheless, after she participated in the beauty pageant, Karen decided to give modeling a shot.

Karen started with advertisements and commercials with various beer and alcohol brands such as Budweiser, Skyy Vodka, Bacardi, Espolon Liquor Promotions, and more.

She also featured as a lingerie model for Beach Bunny swimwear while also working with Latino Bridal.

In contrast to that, her modeling career didn’t flourish overnight. Karen had to attend numerous events and promotional campaigns to build networks.

Karen started her Instagram in 2014 to grow as a model.

She accepts the fact that her goal at that time was to gain social media popularity by grabbing male attention.

Instagram models were all about glutes at that time, and she agrees that in her own words, “and your girls got a nice glute.”

However, she regretted that phase of hers and, over the years, started to change. Instead of trying to be sexy, she just went with the flow.

Fans started digging that part of Karen, and she started gaining authentic followers.

Karen thinks it’s important to grow from the past.

If you look at her Instagram, you will notice that she is now focused on fitness, family, health, and style rather than fake poses.

The Latino model likes to keep things private. However, Karen has a son named Grayson.

Karen hasn’t revealed the name of Grayson’s father. However, she is enjoying her motherhood.

She loves to post about her son, and Grayson’s father also features in some posts. The photos, however, don’t show his face.

The Latino beauty is single at the moment. She doesn’t seem to have time for boyfriends and also keeps her private life to herself.

Karen is a private person and hates getting randomly approached by guys.

Thus, Karen got into a heated situation when Le’Veon Bell commented on one of her photos on Instagram. Le’Veon plays for the Pittsburgh Steelers.

Karen, rather than accepting the compliment, attacked the player for flirting with her.

Well, to support her, Bell did just had a baby with his girlfriend. Awkward enough?

Karen has been associated with several brands throughout her career. So it is obvious that she has a good income.

According to various sources, Karen’s net worth is estimated to be around one million dollars.

She seems to earn comfortably from her modeling career.

In addition to her modeling career, Karen also owns her clothing line “Glow.” She must earn from that too.

Vi has her clothing line named “Glow.” She started the brand to help women build confidence.

Through her brand, Karen encourages women to accept who they are and not change for anyone.

Her brand represents the women who know what she wants and doesn’t apologize for it. It’s all about embracing feminity.

“Glow” also extended their product line to include sizes for different body types.

Karen started her brand when she was on maternity leave from her corporate job.

Moreover, Karen has exercises and routines for her glutes, butts, thighs, and abdomen.

Additionally, Karen likes to workout about four times a week.

It’s worth appreciating her fitness and determination as she has a crazy life juggling her modeling career with her son, Grayson.

We know that Karen is a fitness freak. But do you know that she is also a thrill-seeker?

She has skydiving on her bucket list. Karen has already crossed off cliff diving and zip lining from her list.

The Latino beauty is very active on social media, especially Instagram. We can expect that since she is a social media personality.

She exclusively made this account to promote her CLIQVUE original series titled “Karen Vi: The Good Life.”

She usually posts workout videos and loves to pose with her son.

Karen also has a YouTube channel where she boasts over 3,200 subscribers and has attracted over 50,000 views on her videos.

In addition to that, Karen has her website, on which she sells her merchandise which includes leggings and bras.

The Latino model started her Instagram to grow her reach by grabbing male attention.

However, she regrets having to do that and agrees that she has grown a lot after that.

Reaching this far, you may have gained much information on Karen Vi. In addition to that, here are some additional facts.

Karen is a huge animal lover. She has affection for all kinds of animals.

The Latino beauty is a huge fan of classic rock music and is also good at imitating famous musicians.

She idolizes Raquel Welch as she thinks they are similar.  Raquel is an actress, singer, and model.

They’re both petite, have nice curves, and are both in the same line of business.

Karen also takes acting classes in a nearby town where she involves herself in various roles and scenarios.

Karen gave birth to her son in a normal way. Moreover, she agrees that she feared experiencing pain, and overcoming that fear gave her immense confidence and joy.

Karen felt so empowered that she felt she could do anything after that. To sum up, Karen being pregnant changed her life.

In an interview with Modern Male Radio, Karen let out her ultimate fantasy.

Her ultimate fantasy is to go on a paintball and pizza date with Leonardo DiCaprio.

Karen prefers dates as such as she thinks movie dates as a first date are too intimate.

Moreover, she added, “When you want to know a person, it’s easy to know it by doing random stuff like playing.”

Who is Karen Vi’s boyfriend?

Karen Vi is single at the moment. In addition to that, she likes to keep her personal life with herself.

Karen Vi holds an American nationality. She, however, has Mexican and Spanish descent. 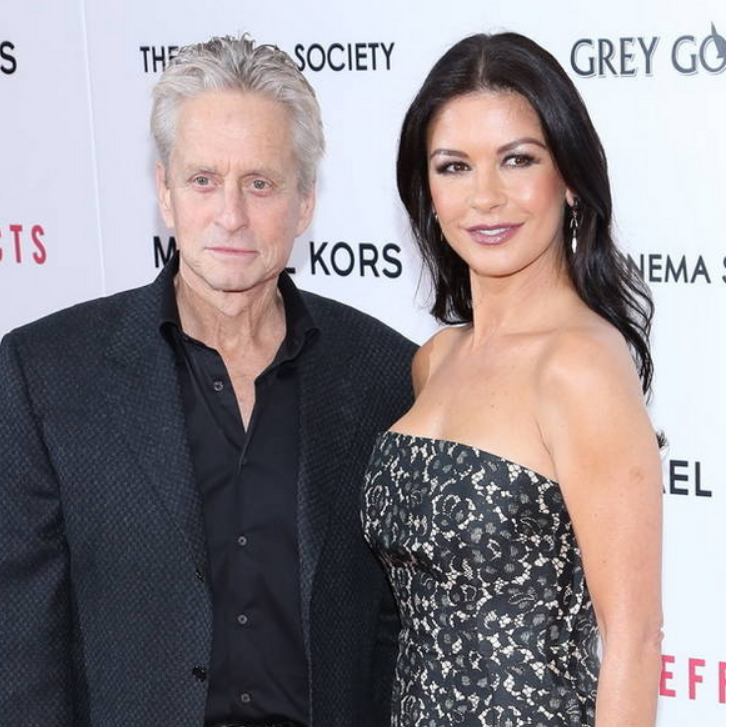 No, Catherine Zeta-Jones does not have Cancer.  Catherine Zeta-Jones is a gorgeous Hollywood actress who is caring for her cancer-stricken husband. Michael Douglass has throat cancer and has tested positive for cancer; she is also at risk of catching the disease as a result of the testing and being informed she is at risk. Catherine…