He only had 2 losses and 1 draw. Many of you might know him and his career stats perfectly well, but how much do you know about his personal life? And what is he doing after retirement?

Here in this article, we have mentioned everything you need to know about this legendary boxing champion Lennox Lewis including his bio, net worth, relationships, and many more.

Let’s have a quick snap in the facts of Lennox Lewis.

Who Is Lennox Lewis?

Lennox Lewis, CBE, CM, is a former professional boxer from London. He holds both British and Canadian nationality.

His full name is Lennox Claudius Lewis. He was also known by his ring name, “The Lion.” Apart from that, he often calls himself the “pugilist specialist.”

For his boxing career, Lennox Lewis has also received many awards like the Best boxer ESPY Award in 2002 and BBC Sports Personality of the year award in 1999.

Lenox Lewis took retirement in 2003 after his final match with Vitali Klitschko. He decided to pursue his interests in sports management and music.

When he was in his boxing prime, he weighed around 111 kg; however, his current weight and other measurements are unknown.

He even used to excel in Soccer, Canadian football, and basketball when he was in high school.

As we mentioned already, Lennox is a boxing legend, but he remains one of the underrated heavyweight champions.

However, the documentary about him titled “Lennox Lewis-The Untold Story,” released in 2020, has profiled his side of the story in such a way that the world has now been reminded of his glorious fights.

The documentary profiles his professional story and the personal experiences and difficulties he had to tackle in life.

It shows how Lewis rises from a very humble beginning to ultimately become the greatest warrior and undisputed heavyweight champion of the modern era.

Lennox has surely amassed a huge net worth from his professional boxing career.

According to many sources like celebritynetworth.com, Lennox has an estimated net worth of around $140 million dollars as of 2020.

Lennox has been married to his long-term girlfriend, Violet Chang. His wife is better known as the former runner-up of Miss Jamaica.

The couple has been together for around 20 years i.e., from 2000. According to sources, the couple met each other during the world boxing tour of Lennox.

Some sources say that Lewis was in a relationship with some other girl before he started dating Violet Chang.

But this information is not confirmed.

Lennox was born to Jamaican parents. His mother’s name is Violet Blake, and his father’s name is Carlton Brooks. At the age of 12, Lennox moved to Ontario, Canada, with his mother.

Lennox might be a dangerous man in the ring, but he is a family man. He has a happy family, which includes his wife Violet Chang and their four lovable children.

His Instagram account has over 587K followers, while 580.6K followers on Twitter. In addition, the boxing superstar shares several posts about his daily life, family, and friends on his social media.

After that, he represented Canada in the Summer Olympics in 1984 in Los Angeles.

In the 1988 Seoul Olympics, Lewis got the gold medal by a victory over Riddick Bowe in the finals.

Lewis was able to get the gold medal for Canada in boxing after 56 years and also represented the Canadian flag at the games’ closing ceremony.

Lewis had an incredible record of 85-9 in his amateur boxing career.

Lennox, after winning the gold medal at Seoul Olympics in 1988 then, only shifted to professional boxing.

Lennox Lewis debuted his professional fight with a victory over Al Malcolm in 1989. During his professional boxing career, he faced boxing maestros such as Mike Tyson, Vitali Klitschko, Oliver McCall, Hasim Rahaman, and many more.

Lennox had an incredible pro boxing career. He had 44 fights from 1989 to 2003 and was victorious in 41 of them while he suffered 2 losses and only one draw.

It was a tough match and Mike Tyson; there were enough hotheads and bad blood between them. Mike Tyson even said that he would defeat Lewis and would eat his children too.

The referee for the match was Eddie Cotton. Several high-profile celebrities like Samuel L. Jackson, The Undertaker, Britney Spears, Tom Cruise, Ben Affleck, The Rock, and many more also attended the legendary match.

After a brawling match of eight fighting rounds, Mike Tyson could no more stand up. And hence, Lennox was declared the winner by KO.

So, in case you were wondering, yeah, Lennox has defeated “The Baddest Man On The Planet,” Mike Tyson too.

Another exquisite match of Lennox was with Hasim Rahman. Lennox “The Lion” faced “ The Rock” Hasim Rahaman of the United States of America for the heavyweight championship match on 22nd  April 2001 at Carnival City, Brakpan, Gauteng, South Africa.

In that match, Lewis got defeated by Rahman by Knockout at 2:32 seconds of round 5.

Lewis was flattened by the right punch of Rahaman on his chin, after which he couldn’t get up, and the world got a new heavyweight champion.

So you may wonder if the former champion gave up on his title?

No, Lewis had a rematch clause in his contract and activated the clause for the rematch. First, however, Lewis had to take the legal step in order to activate the clause.

And the US District Judge favored the decision of Lewis, stating either Rahaman should fight against Lewis or not fight for 18 months.

Lewis vs. Rahaman, the former champion vs. the reigning champion, took place on 17th November 2001 in Las Vegas, Nevada, USA.

Lewis defeated Rahaman by knockout in the fourth round and took sweet revenge for his previous loss.

He flattened Rahaman with a monstrous right hand and reclaimed his world heavyweight title.

Lennox is a monster in the game of boxing not only by his physique but due to his professional boxing stats as well.

Lewis has an extraordinary record of 42 wins, 2 losses, and 1 tie in professional boxing matches.

You may be surprised where the first defeat comes from? Lewis has the asterisk of first defeat after the winning streak of 25 professional boxing matches.

Remember the name Oliver McCall, from whom Lennox suffered his first-ever defeat of the world heavyweights title.

Oliver McCall of the United States defeated Lewis in the match held at Wembley Arena, Wembley, the United Kingdom, on 24th September 1994 by technical knockout in the second round.

However, Lennox got victory over Oliver McCall by knockout in the reverse fixture held after 3 years at Nevada, USA, on 7th February 2007 to regain the world heavyweight title.

The Last Fight Of Lennox Lewis

The undisputed world heavyweight champion, Lennox Lewis, defeated the number one contender for the championship Vitali Klitschko of Ukraine, in the championship match held in California, USA, on 21st June 2003.

Lennox Lewis “The Lion” beat Vitali Klitschko “Dr. Ironfist” by a technical knockout in round six.

A right hand from Lewis made a cut near the left eye, due to which the officials called off the match. Klitschko required 60 stitches to cover the cut on his face.

Eventually, this was the last fight of Lewis’s career. He announced his retirement on 6th February 2004 after a massive career of great 14 years 1989-2003 in the game of boxing.

Will Lennox Make A Comeback?

There are several rumors going around on the internet about whether Lennox is going to make a comeback or not.

It might sound ridiculous for many people as Lewis Lennox is at the age of 57 Years Old, and after such a long retirement, he might not be in his former glory.

However, according to sites like thesun.co.uk, Lennox actually wants to make a sensational comeback, and the reason behind it is that he has an unfinished business with his heavyweight rival, Riddick Bowe.

It is not confirmed whether he will come back, but if he does, it is surely going to be yet another legendary match. And as fans, we are eager to witness him on the ring again.

Upon retirement, Lewis moved to Miami Beach with his wife and kids.

Did Lennox Lewis ever lose a fight?

Yes, Lennox Lewis had 2 losses throughout his career.

What did Tyson say to Lennox Lewis?

Tyson stated “Lennox Lewis, I’m coming for you,” finishing Lou Savarese in 38 seconds, and went on to say, “I’m the most brutal and vicious and ruthless champion there has ever been. Lennox is a conqueror? No”

Carlos Uriel Antuna Romero is a professional football player currently playing in Mexico’s top football league, Liga MX. He plays for the Guadalajara club, which is also known by its nickname, Chivas. The Chivas is the only Mexican football club that does not allow international players to play for the club. This is because the… 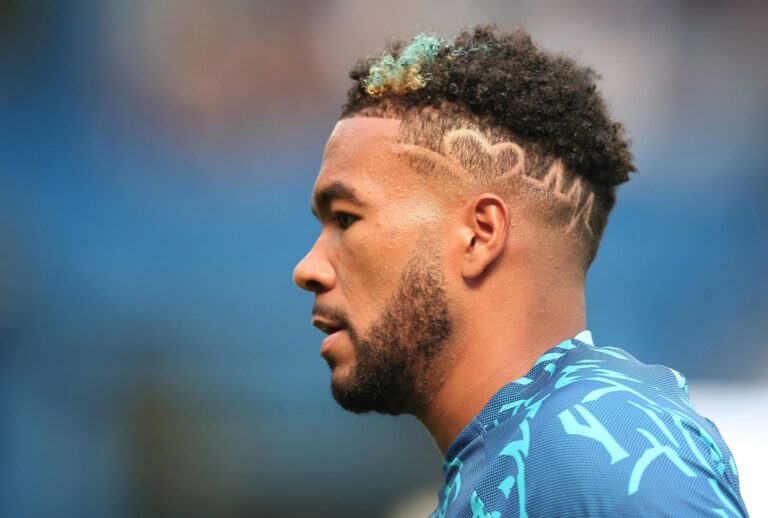 Haylie McCleney is an American softballer and a medalist in Olympics. In addition, she is a former collegiate four-time All-American champion. Moreover, she is also a strength coach at Wasserman strength institute. Haylie currently plays from the Athletes Unlimited softball league. Hailey is originally from Morris, Alabama.   Because of it, her sporting career started by…

Who is Logan Webb Logan T.Webb is a famous American professional baseball pitcher who played for the San Francisco Giants of Major League Baseball. He made his debut with Arizona League Giants at the age of 17 and got signed by the Giants in the fourth round of the 2014 Major League Baseball draft for…