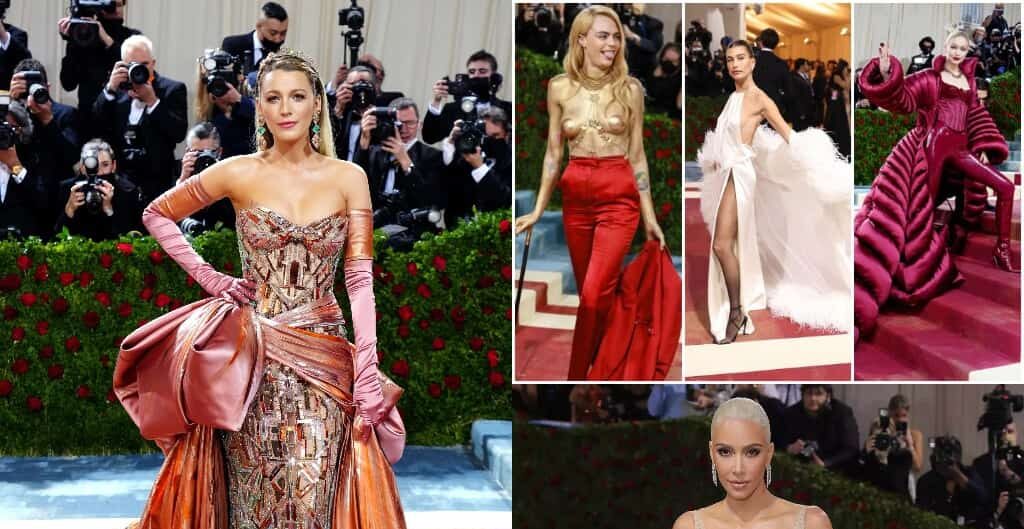 The Met Gala season is here, and we’ve got you fashion enthusiasts covered with all the information you need to know!

Met Gala 2022 was themed In America: An Anthology of Fashion.

This article is about the Met Gala 2022 Review, and we are going to give you a lot of exciting news about the Gala!

Likewise, the 2022 version of the Met Gala follows the Gilded Glamour style, which celebrates the unsung American design heroes.

Furthermore, fashion’s biggest night out had some incredibly gorgeous, hot, and talented celebrities on the red carpet!

Kim Kardashian, Billie Ellish, Ryan Reynolds, you name it, all of them walked the red carpet and showcased their sense of fashion at the 2022 Met Gala.

Want to know more about this year’s Met? Buckle your seatbelts and fix your bowtie as we are going for a fashion ride!

Here’s an article about Countries with the Most LGBTQ+ Athletes in Winter Olympics.

Similarly, Met Gala is usually held every year on the first Monday of May, except in 2021, due to COVID restrictions.

This year the celebration of art and fashion was hosted by Ryan Reynolds, Blake Lively, and Regina King. At the same time, Emma Chamberlain and La La Anthony interviewed the stars on the red carpet.

To go back a bit into its history, Anna Wintour has been credited for running the Met Gala event since 1995.

What started as a fundraiser for the Metropolitan Museum of Art’s Costume Institute has become a much-loved annual celebration of fashion.

Sadly, not much is revealed about what goes on once the stars ascend the red carpet. Even the guestlist for the event is top-secret, and only a few of the biggest names are revealed later in the evening.

As expected of the biggest fashion event this year, we got to see the celebrities walk down the red carpet, glammed up in their head-turning gowns and whatnot.

We’ve ranked the Top 10 Super Bowl Halftime Shows of All Time for you!

Since its inception, Met Gala has been the standard and staple for many fashion fanatics and gossipers. The event has always been the town’s talk, from the shimmering dresses to the mind-boggling manipulation of fabrics.

So, did the expectation live up this year, or did the absence of some of the biggest names fizzle out the event?

Let us check out some reviews of the Met Gala 2022.

Kim shocked the world when she wore the jaw-dropping Marilyn Monroe dress at the Gala.

Similarly, the dress was sold for $4.8 million back in 2016 and was acquired by Ripley’s Believe It Or Not Museum.

Khloe Kardashian made her Met Gala debut with a glamorous dress made by Jeremy Scott.

Following her was the eldest of the Jenner sisters, Kendall Jenner. She wore an exquisite black gown designed by Prada.

The most shocking was the youngest of the Kardashian-Jenner clan, Kylie, as she wore an offwhite designed wedding gown with a cap!

Although the late Virgil Abloh designed Kylie’s dress, the cap was just a bit more!

Additionally, the 2022 Met Gala was the first time all five of Kris’ daughters participated!

Here’s an article about the 12 Most Successful Soccer Teams in England.

The Kardashian-Jenner clans were not the only ones who glammed up the red carpet.

Dwayne Wade and Gabrielle Union wore geared up in Versace.

At the same time, Kaia Gerber and Austin Butler made their Met Gala debut as a couple; Kaia wore a silver dress, whereas Austin wore a classy Black suit!

Next up, Joe Jonas and Sophie Turner wore black and white Louis Vuitton outfits, as “the Queen of the North” looked gorgeous, flaunting her baby bump!

Vanessa and Miranda looked incredible together as Vanessa wore a purple outfit, and Miranda wore an astonishing tuxedo-type suit!

Can we talk about Blake Lively’s iconic ivory dress that straight up gave a tribute to the Statue of Liberty?

Let’s be honest; that was the most reaction anyone got that night.

Rihanna and Zendaya, the regulars, might have missed the event this year, but we did see some new faces.

Enough to say, several celebrities made their Met Gala Debut in 2022.

First up, Tommy Dorfman, the 13 reasons actor-turned-actress, walked on the red carpet in a black rubber dress with a bag that had Protect Trans Kids written in it!

Most importantly, the Squid Game actress HoYeon Jung made her debut at the 2022 Met Gala; she was the only one from the series.

Another Netflix hit, The Bridgerton’s actress Phoebe Dynevor made an impressive Met Gala debut as she wore a sheer lacy Louis Vuitton black dress to the red carpet.

Moreover, the English actress is the ex-girlfriend of Pete Davidson.

Dynevor’s Bridgerton co-star, Simone Ashley, wore Moschino to make a significant statement in the fashion world with her debut.

Kieran Culkin, the brother of Macaulay Culkin and ex-boyfriend of Emma Stone, also appeared at the Met Gala for the first time.

The ex-couple shared some photos at the glamorous event!

American singer Jon Batiste wore a black and white tuxedo to his Gala debut in 2022.

Gunna debuted as he wore Thome Browne and carried a Puppy Purse covered in Eliante Jewels.

2022 Met Gala had some A-list celebrities taking part in the event who wore fabulous and unique dresses, making it yet another successful event.

We have made a list of the best Dressups for Met Gala 2022.

As there are best, there will always be the worst! And this year, too, there was some attempt at impressing the crowd. But you’ll see why they failed the assignment.

We present you the worst Met Gala Dressups of 2022:

Moral stories are an excellent way to teach children about life lessons and values. Moreover, they are important life values that are disguised as stories. They are quite entertaining, but they will also compel you to think about the character’s choices and question their morality. Thus, you learn that any wrong behavior they exhibit is…

If you fancy playing Magic: The Gathering, you might be wanting to collect all the powerful and the most expensive magic card. Don’t you? Magic: The Gathering is one of the in-demand digital collectible card games in the world. Furthermore, over 35 million players have traded over 20 billion magic cards by 2018. Two or…

This article discusses the 12 best linebackers in NFL today who have taken the defensive position by storm.  Linebackers make up the middle ground to stop the runner and to create a defensive back. They are divided into three types, middle, inside, and outside linebackers. The middle linebacker is known as “Mike,” the quarterback of…

There are different kinds of sports we all played or watched growing up. Most of them are pretty easy, and we played them as a hobby, but what sports do you think are the hardest sports in the world? What makes a game hard? Well, basically, it is a combination of mental and physical difficulties….

Who do you think are the richest athletes in the world? Through their skills and hard work, they have managed to get at the top of the sport, and as a result, they are paid massive amounts of money to showcase their skills. Over years and years of hard work, they rose to the top,…