Audiences want to know more about Peter Navarro Arrest And Charges. He was charged with contempt of Congress.

In the Trump administration, Peter Kent Navarro, a politician from the United States, worked as the President’s Assistant, Director of Trade and Manufacturing Policy, and Policy Coordinator for the National Defense Production Act.

He held the positions of Director of the White House National Trade Council and Deputy Assistant to the President, both recently established organizations within the White House Office, before its incorporation into the Office of Trade and Manufacturing Policy, which was established by Executive order in April 2017.

He was a retired economics and public policy professor at the University of California, Irvine’s Paul Merage School of Business.

After Joe Biden won the 2020 election and Donald Trump refused to recognize it, Navarro fanned allegations of election fraud.

Navarro received a summons to testify before the House Select Committee on the January 6 Attack in February 2022.

After Navarro refused to cooperate and insisted on Executive privilege, the Justice Department received a report about him.

Peter Navarro Arrest And Charge: What Did Trump Ex-Aide Do?

Peter Navarro is the second Trump advisor to be arrested after he refused to appear in court following a summons from the congressional committee investigating the attack.

Mr. Navarro, 72, accused the FBI and the prosecution of wrongdoing in court.

He was indicted one week before the committee’s televised hearings on its inquiry began.

The U.S. House of Representatives subcommittee, composed of seven Democrats and two Republicans, has questioned more than 1,000 witnesses.

A riot broke out at the U.S. Capitol on January 6, 2021. According to allegations, Mr. Navarro refused to provide records or testimony to the committee looking into the incident.

At his hearing on Friday in Washington, DC, the Covid task group member and China hawk who advised Mr. Trump on trade issues did not enter a plea.

Mr. Navarro faces a maximum sentence of two years in prison or a fine.

However, Two weeks after being charged with two counts of contempt of Congress by a grand jury on June 2, 2022, he pleaded not guilty.

You may also like: Girl Named Tom Father Died: Death Cause Of Chris Liecht- Family Tree And Net Worth.

Where Is Peter Navarro Now?

Former Trump adviser Peter Navarro expressed his displeasure on Friday at the prosecution’s decision to have him jailed last month rather than just summoning him to court.

While en route to Nashville, Tennessee, for a speaking engagement, Navarro was detained by the FBI at Reagan National Airport.

Navarro is facing two misdemeanor contempt of Congress charges due to his refusal to testify before the special House committee investigating the January 6 Capitol storming and former President Donald Trump’s attempts to rig the 2020 election. Navarro said he was ignoring Trump’s directives to protect Executive privilege.

At a Friday hearing in Navarro’s case, Judge Amit Mehta of the U.S. District Court said he agreed that the longtime White House trade adviser was handled unfairly at the outset of the criminal investigation.

You may also be interested in Palenkova Accident: How Did 17-Year-Old College Student Die? Video Viral On Twitter

Bonnie and David Crombie are two well-known politicians and mayors of Canada. Fans often wonder if the two are related by any means. Bonnie Crombie has been the current Mayor of Mississauga, Ontario, since December 1, 2014, whereas David Crombie served as Mayor of Toronto from 1972 to 1978. He is also a former professor…

Fans are curious about who Bill Clinton’s Siblings are. Bill Clinton is an American politician who governed the country as the 42nd president from 1993 to 2001. Bill Clinton previously served as Arkansas’s attorney general from 1977 to 1979, as governor from 1979 to 1981 and again from 1983 to 1992. Clinton, a Democrat, earned… 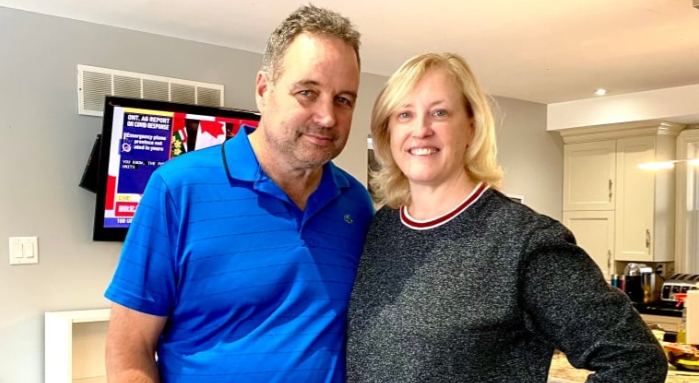 Representative George Santos has been trending after he admitted to lying about his college and career. But is George Santos arrested for it? Let’s find out. Santos is an American politician from New York. He was elected in the November 2022 election to represent New York’s 3rd congressional district, set to assume office on January…