Ramla Ali is a British-Somalian professional boxer, writer, model, and activist. She began boxing to lose weight at just 13, but her career bloomed after she won the “Novice National Championship” in 2015.

Since then, the boxer has won multiple titles in the featherweight category. Likewise, she is the first professional female boxer from Somalia and the first Somali person to participate in the Olympics.

The lady has been making history one after another, and recently she again made history by being the first female boxer to fight in Saudi Arabia, as reported by The Sun.

Now, as the historical boxing match is on Saturday, i.e., 20 August 2022, the public is inquiring about her bio details, especially her husband.

So please stick with us to know everything about the pro-female boxer.

The couple fell in love when Richard was training her. According to The Guardian, Richard and Ramla had known each other for only 4 months before their marriage.

However, their love and attraction were so strong that they exchanged their wedding vows in 2016.

Ricard says that getting married to Ramla was not that easy. He met her parents during an Eid dinner and told them about their relationship.

But Ramla’s family didn’t take his words positively and disagreed due to religious and cultural reasons. “We were persistent and slow with her family, and one day they finally agreed, claimed Ramla’s husband.

The pair had a religious wedding at Ramla’s, and a grand party was organized from Richard’s side.

As of now, the boxer calls her husband to be her biggest strength.

Professionally, Richard is a boxing coach and a producer.

Richard and Ramla do not have children.

As the boxer was once a needy child from Somalia whose family fled to the United Kingdom as refugees, she understands the pain.

So, Ramla became an activist to help disadvantaged people; she has collaborated with various organizations and provided help in counties like Kenya.

Ali’s net worth in 2022 is estimated to be in the millions.

Though the boxer’s earnings are yet to be made public, some online sources report it to be $1,50,000. But it’s not official.

As an accomplished professional female boxer with multiple world records, Ramla has been enjoying her lavish life.

In addition to being a boxer, she is also a model who has served various top brands. She is the brand ambassador for Dior, Pantene, Cartier & Nike.

Moreover, Ramla has been on the cover page of Vogue, ES Magzine, Wall Street Journal, etc.

The boxer’s accomplishments do not end here; she has even written a novel called “Not Without A Fight.” The book is based on the 10 most essential fights of her life.

In 2018, Ramla pledged to donate 25% of her first year’s earnings as a professional boxer to organizations that support “Black Lives Matter.”

Judging from the photographs, Richard must be in his late 30s. And the pair look perfect together.

Do you love to know about famous people’s spouses? If you do, then you are like us! And, who better to know about than Justine Simmons, the beautiful wife of Joseph Simmons. In addition, Justine is a reality celebrity, entrepreneur, author, reality television star, and a famous man’s wife. However, it is speculated that she… 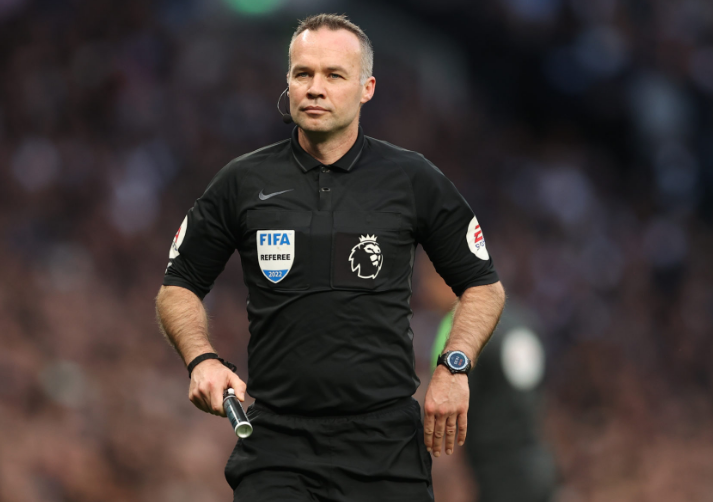 Paul Tierney’s son is Jess Tierney; Jess resides in Laverne in the Oklahoma Panhandle. Paul Tierney is an English Premier League football official from Wigan. He was born in December 1980 in England. And the Football referee of the English Premier is 42 years old. According to our current database, the information about his family members’…