Before joining the team of Bayern Munich, there is more to learn about Robert Lewandowski.

A football star was born from a society where people didn’t understand an athlete’s passion. Continue reading everything about the journey of Robert Lewandowski if you’re also a fan of the Polish striker.

Along with being the best player in the Bundesliga, he is also the captain of the Poland national team.

Here are some quick facts about Robert Lewandowski:

The 33-year-old striker Robert Lewandowski has been celebrating his birthday every August since 1988.

According to his birthdate, he is a Leo. Likewise, the player has an enthusiastic, passionate, and generous personality.

Robert weighs around 80 kilograms and has a towering height of 1.85m tall (6ft).

Lewandowski was born on 21st August 1988 in Warsaw, Poland. However, he spent his first years of childhood nearby Leszno, Western Poland.

Being born to a sportsperson family, Krzysztof Lewandowski (father) and mother Iwona Lewandowska (mother), Robert was destined to be a sportsman.

To be precise, his mother was an active volleyball player in the first league Academic Sports Association ‘Warsaw. Similarly, his father was a former judoist and a successful player at the Hutnik Warsaw football club.

Furthermore, Robert’s father used to take him to training sessions. As a result, Robert started to receive the training at Varsovia Warsaw from a very tender age (nine).

After seven years, he left Varsovia and joined the fifth-tier club of Delta Warsaw, a direct supplier of Legia Warsaw players.

Robert had to travel for hours to get the training. Still, his father manages to never let him miss his training or matches.

The player of Bayern Munich found himself lucky to have parents who understood his love and passion for football.

But, it couldn’t last long because of the demise of his father in 2006 caused by a sudden stroke. It was devastating for Robert. He often regrets that he could not talk about the things he wanted to speak to his father.

His father named him ‘Robert’ so that no one would mistake his name once he became an international player.

But unfortunately, he couldn’t even make it to watch his son’s first senior game. But deep inside, he believes that his father is watching all his games from above and being proud of him.

Robert moved out to his sister’s house in Warsaw to lessen his mother’s financial burden. But, at such a young age, he had to face many difficulties.

Lewandowski almost backed out from his oral contract with Bayern and joined Real Madrid. However, Borussia wanted him to join a La Liga Real Madrid rather than their rival Bayern Munich.

The terms Real Madrid was offering was a six-year contract from July 1, 2014, to just over a month ago, June 30, 2020. The contract was worth €8.6 gross annually, and on top of that, Lewandowski would receive a signing bonus of €10.9 million.

But Bayern Munich promised him the most important thing, the Jersey no. 9. It was something that Real was not able to offer. So real was pressuring Lewandowski a lot, and then Bayern increased their salary terms.

Bayern was not letting Lewandowski go. But, in the end, we all know Lewandowski chose to play for Bayern Munich.

Life is challenging; however, it gets easier when you have someone to share those hardships with. Lewandowski found that someone and Anna Lewandowska.

Consequently, Anna is also a sportsperson. She is a bronze medalist at the 2009 Karate World Cup. Finally, on 22nd June 2013, they got married in the Church of the Annunciation of the Blessed Virgin Mary in Serock.

Indeed, Robert is quite a family man, a small and happy family.

Evidently, Robert and his wife, Anna, have donated, supported, and raised money for various charitable organizations. They have also helped a lot of children through their donations.

In 2018, they raised more than 150,000 PLN for the Children’s Memorial Health Institute in Warsaw during Anna’s birthday. In addition, Lewandowski also donated 100,000 PLN to treat a three-year-old boy from Hel, Cyprian Gaweł.

Further, Robert Lewandowski was named a UNICEF Goodwill Ambassador in March of 2014.

Recently, during the covid-19 pandemic of 2019/20, Lewandowski and his wife, Anna, donated 1 million euros to the ‘We kick corona,’ a campaign set up by Bayern Munich’s German players Leon Goretzka and Joshua Kimmich.

Salary, Lifestyle, and Net Worth

Briefly, Robert Lewandowski’s net worth is $85 million. His base salary is $24 million, and the remaining comes from endorsements.

Currently, he resides in Warsaw, which is estimated to be around $7.5 million. The total estimated value of his houses and properties is about $17 million.

Additionally, he also owns several luxury cars of Maserati, Aston Martin, Audi, and Ferrari. All these cars are worth around $9 million.

Besides, he has endorsed brands like Huawei, Nike, PlayStation, Signor Leone, and the Vistula.

Some of the facts about  Robert Lewandowski are mentioned below:

Lewandowski is often active on social media. Thus, he frequently posts about his family and teammates, as well as his matches.

How many goals has Lewandowski scored in his life?

Till now, Lewandowski has scored 63 international goals, being Poland’s all-time top scorer. He has played 335 matches in his current club Bayern Munich and scored 284 goals.

Why is Lewandowski famous?

For starters, he has won the Best FIFA Men’s Player Award 2020. Besides, he is one of the best strikers in the world who plays for FC Bayern Munich.

Does Lewandowski have a tattoo?

No, Lewandowski refuses to wear any tattoo on his body. He is one of the few footballers who don’t have a tattoo.

Who is Robert Lewandowski’s agent?

Robert Lewandowski’s agent is a renowned dealmaker, Pini Zahavi. The hiring of Zahavi was rumored to be the start of Lewandowski trying to seal a summer move to Real Madrid.

Trey Lance Parents: Lance was born to Carlton Lance and Angie Lance on May 9, 2000, and his birthplace is Marshall, Minnesota. San Francisco 4ers is an American professional gridiron football team that plays in the National Football League (NFL). The team is based in Santa Clara, California. The San Francisco Forty Niners were established…

“Mike Leach Death” is a topic of trend on the internet today. After he got hospitalized, fans were concerned about his health. Michael Charles Leach is the head coach of the American college football team at Mississippi State University. He is the creator of the “Air Raid” offense, which broke NCAA records, and has won… 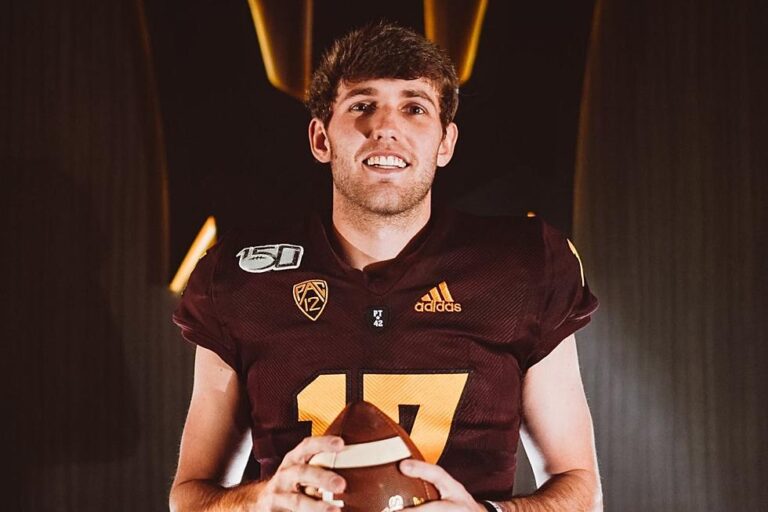 Peyton Manning is a known name to any Superbowl fan. He is considered one of the best quarterbacks ever to exist. Peyton Manning is known for playing 13 seasons with the Indianapolis Colts, playing super bowls: winning one, and being awarded Superbowl MVP. Not only him, but the great player gene runs in the entire…