If you want to be something great or be a legend, you have to go out every day and do something. That is the path that the legend Valeriy Brumel followed.

Brumel passed away almost eighteen years ago, but his legacy continues to live on.

He lived in a difficult time than what we are used to. His life was much harder than ours, but Valeriy did not give up on his dreams, not even for a second.

And all that hard work definitely paid off even after his death, and he stands to be a prominent figure in the high jump world.

Brumel, even in his retirement, did not stand still and continued to work. He wrote the screenplay and acted in movies that have now become a part of history.

In this article, you will find everything that there is to know about Valeriy Brumel.

Here are some quick and interesting facts if you did not know about the talented Valeriy Brumel:

Valeriy Brumel was born on 14th April 1942. He was born in a Siberian village called Tolbuzino by Lake Baikal.

His father’s and his mother’s name have yet not been revealed.

During his time at Lake Baikal, Brumel did not dream of being an athlete. Instead, he wanted to roam the forests and swamps and become a hunter.

He belonged to a family of geologists, and they traveled a lot. When he was a child, his parents moved to Lugansk, Ukraine, in 1952.

The athlete had two brothers named Igor and Oleg.

Igor, who was born in 1952, went on to become a politician in Russia. The brother had a very close bond with each other.

When Brumel was in fourth grade, he started taking part in track and field classes.

However, it was only in twelfth grade that Valeriy took part in the high jump.

When Valeriy jumped into his P.T. class, he realized his potential and started dreaming of becoming an athlete.

Since his town had the only opportunity in coal mining, he decided that was no life for him.

So, Brumel begged his parents to let him join the Young Pioneer Country Camp in the summer. It was the biggest summer track meet at the time.

That is when a young Brumel met his first coach named Pyotr Shein. He saw that Valeriy was not that good and offered to train him.

There is no information on where Valeriy went for his high school education.

But after his meet with Pyotr, he was invited to the Vanguard Sports Junior Training School.

At the time, it was difficult for Valeriy to train in gymnastics, weight-lifting, and cross country running.

But those days of hard work made him stronger and cleared his conscience.

Then for his college education, he went to the Central Institute of Physical Culture. The college is located in Moscow, and he graduated in 1967.

Valeriy Brumel was six feet and one inch tall and weighed around 78 kgs.

His exact body measurement wasn’t revealed. Unfortunately, neither was his shoe size.

Valeriy had black hair and similar black eyes. He was known to be quite attractive in his days.

He used to have an athletic build in his prime days. In addition, Brumel had a fair skin complexion.

Valeriy Brumel was a Russian citizen.

Being born in April, Valeriy was an Aries, a fire sign, and they are known to be aggressive.

Aries people have traits such as being loyal, kind, humble, dominant, and egoistic.

Valeriy was the perfect example of Aries when it comes to their determined side, as they tend to be very passionate about things they love.

Valeriy was very cultured and sophisticated than the athletes of that time because of his educational background.

The additional point was how supportive his parents were of his career and encouraged him further on.

Valeriy passed away on the 26th of January 2003 when he was sixty years old. He passed away in Moscow of Russia.

Valeriy had quite the journey in his marital life. He had been married three times.

The first love of his life was Marina, whom he was head over heels for. The two got married soon after they met. Moreover, Marina was a gymnast by profession.

But Marina was deeply unsatisfied with the marriage, and she decided to leave him. The couple had a son together whose name is not known.

Marina left the son with Brumel in 1965 when the athlete was recovering from a motorcycle accident.

After this, Brumel decided to take a break from dating or being with anyone. But all that changed when he met Yelena Petushkova.

Yelena was an equestrian and 1972 Olympic Champion in dressage at the time. The couple once again hurried their way into marriage.

But then, just eighteen months into the marriage, they started having conflict. And the couple got divorced.

During their marriage, the couple had gotten pregnant. Yelena had birthed a daughter in 1974 and named her Vlada Petushkova.

When the couple got divorced, Vlada was taken by Yelena and remained with her for the rest of her life.

Valeriy once again found himself to be alone. And as there is a saying, the third time is the charm.

So after a decade of being unmarried, Valeriy once again got married to Svetlana Belousova in 1992.

And thankfully, this time, the couple was happily married for the remainder of Brumel’s life. They did not have any known conflict neither any adultery.

The couple had a son, and he was named Viktor. After the death of Brumel, Svetlana was the one who ran the Valeriy Brumel Fund.

Under the guidance of coach P.S. Shtein, Valeriy had taken up athletics at the age of twelve.

By the age of sixteen, Valeriy could jump two meters using the straddle technique.

After breaking the record of the USSR with his 2.17 meters, Valeriy was enlisted to go to the 1906 Olympics. V.M. Daychkov coached him at the time.

At the 1960 Olympics, he brought home the silver medal.

Moreover, the athlete jumped as high as the winner Robert Shavlakadze but was given the second podium due to his multiple efforts.

These were the prime years of Brumel and won the Universiade in 1961 and 1963.

Valeriy won the European Championship in 1962. He also managed to get the gold at the 1964 Olympics held in Tokyo.

Brumel consecutively won the USSR Championship from 1961 to 1963.

Brumel had an undefeated season in 1965. He was sure to reach the pinnacle of the high jump world.

Then tragedy hit for Brumel when he faced a motorcycle accident in 1965. He had to face the harsh truth of his leg amputation.

Although his operation was successful for a new leg-lengthening procedure, he could not recover fully even after twenty-nine surgeries.

So Valeriy ended his high jump career with a 2.09 meters jump at a local championship.

Brumel focused on acting and writing after he retired from sports. He acted in a movie called Sport, Sport, Sport in 1970.

He also wrote the script for The right on Jump in 1973.

Valeriy went on to write many novels and plays, such as the book named. Don’t Change Yourself in 1997, which has been translated into seven different languages.

In a short amount of time, Valeriy made quite a stand for himself and earned a fortune.

He earned from his victories and also his venture into the entertainment industry.

Valeriy brumel had an estimanted net worth of 2 million us dollar.

After his death, all his estate went to his wife and son. It seems that Valeriy left them a good some of the wealth to live their lives comfortably.

Valeriy died before he could get on social media. However, there are still hashtags written on his name to this day.

But unfortunately, he could not live enough to see the social media age.

What did Valeriy Brumel win at the 1960 Olympics?

Valeriy Brumel won the silver medal at the 1960 Olympics. 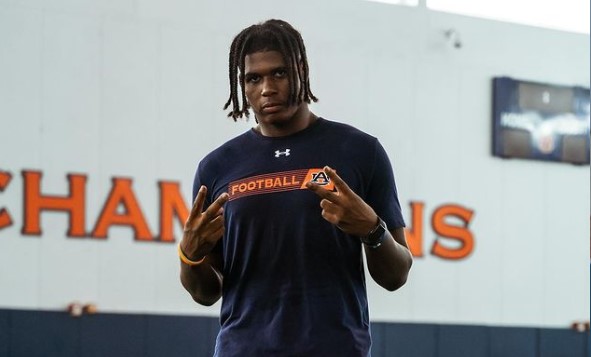 Brazilian athlete Thiago Braz is a household name who is interested in the pole vault. He ranks seventh at the Men’s Pole Vault rankings and 103rd in the overall Men’s rankings. Braz blew the world when he vaulted 6.03 meters during the 2016 Rio de Janeiro Olympics. Moreover, he earned a gold medal and set…