Joe Kovacs is a renowned name in the track and field. This American’s record is 22.91 meters outdoors and 21.46 meters indoors.

Likewise, he has won two silver medals at the 2016 Olympics and 2017 World Championships.

Due to Joe’s star performance in outdoors shot put (22.91 m), he is the world’s third-best competitor in this track and field event. Correspondingly, this is the longest throw since 1990.

Here are some quick facts about Joe Kovacs:

The Pennsylvanian player is 33 Years Old. While he stands at the height of 6 ft 0 in and weighs about 295 Lbs.

Joe was born and raised in the Pennsylvania state’s city Bethlehem by his parents Joseph Kovacs (father) and Joanna Kovacs (mother).

At just the age of seven, Joe’s family was hit by a dreadful calamity after another.
His father passed away on July 14, 1997, due to colon cancer in Germany.

Subsequently, the following day his maternal grandmother, Mary Rampulla departed from this world due to heart trouble.

Reminiscing back in time, Joe recalls “It was a tough one-two punch being a young kid. We were in Germany at the time, but it was toughest on my mum because she lost both a husband and mother. We grew even closer because of that.”

To honor his father, Joe points towards heaven every time he picks the shot put. He believes that his father is viewing, appreciating, and enjoying his every spin and throws

We look at Joe and see a strongly built guy, a beast. However, he has not always been like this.

When he first arrived at Bethlehem Catholic High School as a freshman, he was a football player.

In the days to come, he soon enough noticed that the other kids around him were way stronger than he is.

And so, with the determination to compete in sports, he completely transformed his body by working very hard at the gym.

Being a part of the football team enabled his transformation to have an everlasting impact.

Joe claims that he became strong the traditional way. The macho masculine footballers have a mindset of wanting to be on top of each other. So he had a fierce competition amongst his friends to see who is more “manly.”

As a senior, he was the strongest person at the end of his high school career. Joe graduated from high school in 2007 as state champion in the shot put and discus.

While at a high school throw camp, at the young age of 16, Reese Hoffa told Joe that he is too short to glide, instead he should spin.

The guy with big calves looked like he knew what he was talking about, and indeed that became true as he changed Joe’s throwing technique from a glide-step to the spin move.

Joe is thankful for the 2007 shot put world champion Reese as this transition allowed him to become what he is today.

In the year to come, this shot putter went on to study at the Pennsylvania State University.

He was on a low scholarship and yet managed to play his favorite sport. During this time, he was coached by Danna Wagner and T. J. Wagner.

Joe finished his college education with a degree in Energy Business and Finance.

Likewise, he also was a four-time All-American, a school record holder.

Joe always had a soft side for basketball because he played basketball with his father the most.

As a kid, he even hoped to play the sport for the Golden Hawks. During his freshman year, he realized that although he loved basketball he couldn’t play the game.

He had gained a lot more weight and consequently he wasn’t as fast. Furthermore, after playing a few basketball games, he noticed that he was a bit too heavy on his feet.

Therefore, he decided to give up on his dream of playing basketball and then signed up for track and field.

How Joe’s mother became his coach

Bethlehem Catholic was a relatively small high school so there weren’t any fields where Joe could practice throws.

The high school had a head coach for the track team but there wasn’t a throw coach in particular.

One day, Joanna noticed that her son along with his teammates was goallessly aiming the discus and shot put. In the 1970s Joanna became a 12-time district throwing champion for Nazareth.

So, naturally being a proficient thrower back in high school and the fact that she is a teacher and a coach (field hockey and basketball) at another school made her teach the basics of throwing the put and discus.

She became the throw head coach at the Bethlehem Catholic. Not having a throw circle, she drew the 7-foot circle in the paved parking lot herself.

Eventually, the principal of the high school allowed to spray paint the circle as Joe became exceptional in the discus.

In the post above, he has shown profound love for his first and best coach.

Momma’s boy Joe wished his mother a happy birthday with a picture collage from a few of the shot put games.

As Joe got better at the throws, his mom decided to seek professional help from the throws coach.

This coach was based in Harrisburg. Joanna would drive Joe for an hour and a half ride to practice throw with Glenn every Sunday.

During his freshman year at Penn State, Joe was coached by Danna Wagner.

Danna decided to walk away from coaching. Thus, was replaced by T. J. Crater.

Joe is very thankful for TJ because he kept up with the practices even with knowing the fact that Joe is on a low scholarship.

In late 2012, Art Venegas who is said to be the legendary UCLA coach got together with Joe and immediately clicked right away.

To others, Art might feel like a dictatorial coach who just instructs what one should do and give orders.

But for Joe, he was exactly what he needed; an old-school yet simple-minded coach who approaches things right as they are.

And in January of 2013, they arrived at the Chula Vista Olympic training center.

The coaching took place from Mondays to Wednesdays every other week. And the remaining was done through the phone, all thanks to technology.

This extravagant arrangement is very reliable because with the videos being sent to the coach, he can actually look into every move.

Joe does 50 throws during one practice and his coach watches all the 50 and gives an extensive remark on it.

With the guidance of Coach Art, not only did the shot putter increase his PR from 69 feet to 74 feet, but he also went on to win:

Joe moved to Columbus, Ohio during the fall of 2017 for his then-girlfriend Ashley Muffet, who coaches at the Ohio State University. With his move, he had planned to train there.

In the following few months after the move, Joe proposed to Ashley on the Gapstow Bridge in Central Park New York City. That was back in February.

Later, Joe and Ashley got married in his wife’s hometown, North Canton, Ohio in the same year 2018, November.

Because of the shift in residence and his profound love for Ashley, Joe had lost focus on shot put in 2018.

Nonetheless, Ashley hopped on to take the place that Joe’s mom once took. She became the prime voice when it came to her husband’s coaching.

As we can see, Joe really loves his wife Ashley and constantly posts cute pictures of the couple together.

He is ranked as 11515 on the list of popular Athletics Competitors.

Joe is a descendant of Hungarian and Sicilian ancestry. His surname Kovacs translates to Smith in the Hungarian language.

Joe’s extreme diet includes eating a literal carton of scrambled eggs every morning, which is featured in the video in his own words.

He is a frequent Starbucks drinker.

In his first year as a professional, Joe was sponsored by Nike.

He didn’t make it to the 2012 U.S. Olympic team due to not meeting the physical criteria.

Joe Kovacs, who is a U.S.-born track and field athlete is considered to be one of the richest athletics competitors.

Additionally, he was listed as the Most popular Athletics competitor.

This famous athlete’s net worth is around $1 million – $5 Million.

Being a professional Athletics Competitor, Joe earned this money primarily from gameplays.

Similarly, like most athletes, he too had earned money through many sponsorship deals, endorsements, playing exhibitions, and bonuses.

Joe is fairly active on Twitter. He shares and retweets about things happening around Shot put.

Joe is quite active on Instagram with over 42k followers.

Besides his social media handles, Joe also has a website based on him. On this site, you shall find elaborative details on his life along with the charitable events he is into.

Furthermore, one can book him as a motivational speaker and technical instructor.

His highest Men’s Overall Ranking is 29. He held this for 12 straight weeks.

Does he have any children?

As of now, Joe has no kids of his own.

Does Joe Kovacs have a tattoo?

No. He has not inked his body.

Is Joe also an author?

Joe Kovacs is also the name of an author. But these Joes are completely different persons.

There are no secrets to success; There’s only a lot of preparation, hard work, and learning from failures. Max Fried followed this exact mantra to get where he is today in life. Max Fried is a young and upcoming baseball player who has gained a lot of popularity in a short amount of time. He… 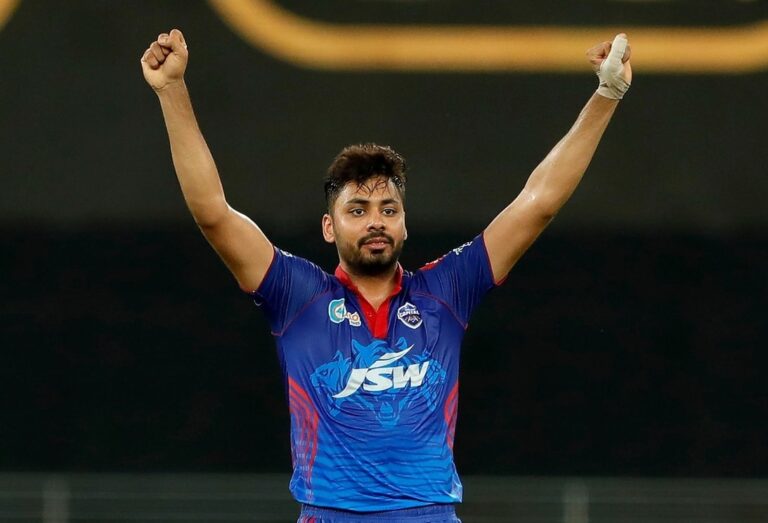 Clara Guerrero is a World Champion international bowler from Columbia. As a ten-pin bowler, she grabbed several Columbian championships and international titles. She started her professional career at just 18. Then, she became a part of the Columbian team for almost three decades. The Bowler also earned the title of World Champion seven times in…