Dexterous in both offense and defense, Kelley O’Hara currently plays as a defender for the United States Women’s National Soccer Team and the Washington Spirit in the National Women’s Soccer League (NWSL).

The National team consecutively ranked No. 1 in the world, which has been undoubtedly credited to O’Hara. She joined the team in 2010.

The football star has a banging career with a gold win at the 2012 Olympics with her national team.

O’Hara started her early football career by helping the Panthers bag the 5A State title with 20 brilliant goals.

Nonetheless, she debuted her club career by playing for the Pali Blues of the USL W-League (Semi-Pro) in 2009.

Kelley O’Hara was born in Fayetteville, Georgia, in 1988. She grew up in the Peachtree City of Georgia.

Kelley is of Irish descent and was born to parents Dan O’Hara and Karen O’Hara.

When was asked in a Fifa TV Interview who were her best supporters, O’Hara remarked it was undoubtedly her parents.

In a heartfelt Instagram post, Kelley gave a tribute to her mother on Mother’s Day as the woman who holds her family together by all means.

In conclusion, she has a close relationship with both of her parents.

Kelley O’Hara has two siblings Erin and Jerry. The quality player featured her siblings in her Instagram account.

She posted a picture with her sister on her Instagram when she had a leg injury in 2018.

Furthermore, she also met up with her brother in Thailand in 2019.

Kelley O’Hara is obviously one of the finest athletes in women’s football. Her height is 5 feet and 5 inches. She weighs around 59 kg.

Her slim body and extreme love for salad have explicitly earned her a nickname called “worm” from her teammate Alex Morgan.

Moreover, she was recognized as an able leader captaining the varsity soccer team during her Junior and Senior years.

She went to Stanford University, where she graduated with altogether 57 goals and 32 assists.

In fact, she was awarded the 2009 Hermann Trophy after that. Also, she got a degree in Science, Technology, and Society.

The Olympics Gold winner has been quite private about her personal life, especially regarding her romantic partner.

She was dating Adam Sweat in 2016. Following the year, she soon broke it off before her Olympic game.

Kelley took the media by storm by kissing a woman in the stand after her World Cup win. The public speculated it was her current girlfriend.

The picture of her kissing Kam Stanhouse circulated, not to mention even sparked an accepting nod from the LGBTQ+ community.

Not to mention, the Washington Spirit player, in an interview, said that the reaction to the kiss after the World Cup was “positive” and that she was “rocking out.”

Similarly, she was also spotted with her partner in the ESPY Award event.

Kelley O’Hara’s football career started from the age of nine when she played for her school team at Peachtree City Lazers.

Her youth career especially began from being on Starr’s Mill High School’s school team and being on the college team of Stanford Cardinal from 2006 to 2009.

You may be interested in reading about Joe Namath.

Firstly, Kelley O’Hara began her journey in the National by qualifying for United Nations U-16.

The magnetic football player bagged her first membership in a football club at the age of 21 with the Pali Blue.

Kelley O’Hara was traded from Utah Royals to Washington Spirit on December 2, 2020. Utah received $75,000 as the allocation money during the trade.

He said that “I’m thrilled to be able to get Kelley O’Hara to our club. Kelley adds world-class quality to our current squad and is a fantastic addition to our young team…I’m excited to get started with Kelley as soon as possible and can’t wait to integrate her into our club.”

Since her joining, she has been playing for the team as the Defender with Jersey no. 5.

Kelley O’Hara previously debuted in her international career in 2005.

The National player started her professional career by being a part of various national teams from 2005 to 2010.

For instance, she took part in the U-20 FIFA Women’s World Championship in Russia. She scored two goals in the tournament, one against Congo and Germany.

After that, she went onto the 2007 Pan Asian Games to score four goals during the tournament.

O’Hara was called into the senior national team’s training camp in 2009.

She earned her first cap by being a substitute in a friendly match against Mexico in 2010.

Firstly popular as an offensive player, O’Hara eventually began her journey as a defender.

She entered the outside back arena when her teammate Ali Kreiger went down with a leg injury during the Women’s Olympic Qualifying Tournament.

Hence, she went to serve three assists during the Olympic qualifying tournament.

Above all, she played every minute of the US’s journey to winning gold in the 2012 Summer Olympics in London.

You may be interested to learn about Nicole Pechanec.

After failing to make the 21 players national team, Kelley O’Hara replaced US Midfielder Lindsey Tarpley due to her ACL injury.

Kelley O’Hara entered with a bang at the quarter-final match against CPR China at the 2015 World Cup.

More importantly, she scored her first international goal in the semi-final with Germany, taking her team win with a 2-0 victory.

The team defeated Japan to bag the World Cup for the third time since its founding.

Lastly, O’Hara consistently played for the US National Team in the 2019 World Cup for five out of seven games and all the knock-out games.

Moreover, she grabbed her second World Cup by delivering three smashing assists during the first, semi-final, and final games respectively.

Only July 18, 2020, the two times World Champion revealed in her Instagram post that she was going to host the Just Women Sports podcast.

“So excited to be able to provide a space for athletes to share their triumphs, setbacks, and everything in between.”

In her recent podcast episode, she talked to Becky Sauerbrunn, the captain of the United State’s National Soccer team.

From a successful football career and a podcast host, Kelley O’Hara jumped into the fashion business sector by partnering with the TameTheBeast campaign of the Beast Brand.

After that, she announced her affiliation via her Instagram Post. Beast Brand has personal care and grooming products.

In the light of the racial tension in the U.S. after the murder of George Floyd at the hands of a white officer in May 2020, it had become an honorable norm to kneel during the national anthem of the U.S. in a sports game.

In a podcast session with Laughter Permitted, she said to clarify,

“For me, I’ve come to a place where I just fully believe that you can stand while also heartily believing that Black Lives Matter and being committed to fighting for racial justice and making this world a better place.”

During the SheBelives Cup, Kelley O’Hara was one of the four players who did not kneel during the anthem. Fans questioned their unanimity of the team.

However, O’Hara remarked that kneeling wasn’t the only way of fighting racial injustice.

She is one of the richest female soccer players in the world. She earns from her football career as well as from her businesses.

Meanwhile, she earns a good deal of money from her podcast sponsors, regardless of it being updated only once a week.

You may be interested to learn about Sterling Sharpe.

Kelly O’Hara has an Instagram with over 800k followers. She posts about her games, dear ones, and even sponsorship ads.

Similarly, the athlete is active as the podcast host for Just Women Sports. She updates her Twitter frequently and has over 600K followers.

How Many World Cups Has Kelley O’Hara Won?

Is Kelley O’Hara a Lesbian?

Kelley O’Hara has not disclosed her sexual orientation. However, she kissed a woman in the stand after winning the FIFA Women’s World Cup in 2019.

Firstly, Kelley O’Hara’s full name is Kelley Maureen O’Hara. They both are the same person.

Russell Wilson is a well-known name in American Football history as one of the best and talented athletes. Wilson is recognized as the current highest-paid quarterback who plays for Seattle Seahawks. He is a remarkable football player who has several awards to his name as Walter Payton NFL Man of the Year, Pepsi Next Rookie… 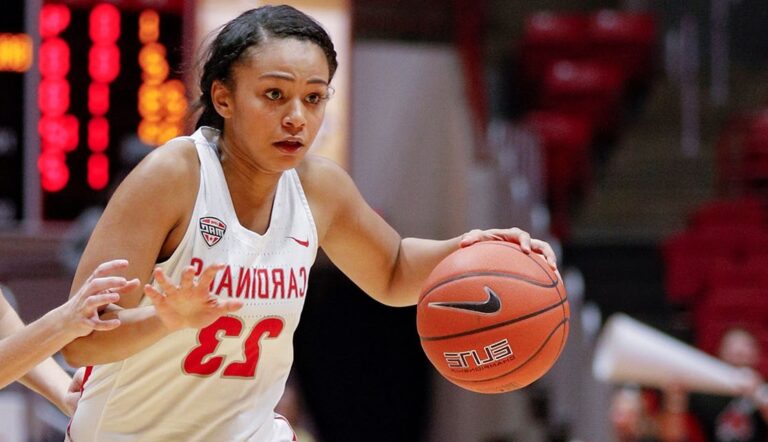