The Dutch kickboxer is the current #1 heavyweight globally, according to LiverKick.com, Combat Press, and GLORY.

Similarly, Verhoeven has been continually ranked as the number one kickboxer in the world by Combat Press since September 2014.

The fighter fought one boxing and MMA match in his career and was victorious in both of them. He also has some experience working in TV and movies.

Moreover, he is considered to be one of the best kickboxers in the world. He is also known as the king of Kickboxing.

Starting with quick facts, in the article, we have mentioned some detailed information about Rico Verhoeven.

As his father was a karate black belt, he trained with his father.

Similarly, Rico Verhoeven started training Kickboxing at the age of seven, and because of his large size, he used to compete with adults at the young age of 16.

Then, he trained mainly in Zevenbergen under Dennis Krauweel at Superpro Sportcenter, with fellow kickboxers Benjamin Adegbuyi, Albert Kraus and Alviar Lima.

The King of Kickboxing is 33 years old. However, he has a strict training routine which helps him in top shape.

After that, he was defeated by the eventual winner of the tournament Semmy Schilt.

Rico beat Gökhan Saki in the semis and also beat Daniel Ghiță by unanimous decision in the final.

Rico was scheduled to make his professional boxing debut against Nikolaj Falin. They fought at Mix Fight Gala XV in Darmstadt, Germany, on 26 April 2014.

However, his opponent was changed to János Finfera for undisclosed reasons.

Then, Verhoeven defeated Janos Finfera in his professional boxing debut at Mix Fight Gala XV in Darmstadt, Germany, on 26 April 2014.

After that, he defended his Glory Heavyweight title against Errol Zimmerman with a technical knockout at Glory 19: Virginia.

Verhoeven won the second fight against Adegbuyi with a first-round KO.

Moreover, he again had to defend his title against FFC Heavyweight champion Mladen Brestovac at Glory 28: Paris.

Then, Verhoeven again dominated and won the fight by unanimous decision.

This win was Rico Verhoeven’s 50th victory of his kickboxing career.

In another non-title match against Antonio Silva, Rico won the match with a technical knockout.

Verhoeven fought Jamal Ben Saddik in his defense of the Glory heavyweight title on 9 December 2017.

Thus this fight was called the biggest fight in kickboxing history because of the size of the contestants, which Rico won.

Moreover, the fighter was again scheduled to defend his title at Glory 54: Birmingham in a rematch with Mladen Brestovac.

He won the fight comfortably via unanimous decision.

Rico was scheduled to defend his title for a record-setting eight-time at Glory 59: Amsterdam, when he faced the WGP Heavyweight champion Guto Inocente.

Then, Verhoeven ended up winning all five rounds on each of the judges’ scorecards to defend his title again.

In front of 30,000 fans at the sold-out GelreDome, Verhoeven once again defended his title.

In October 2020, it was fixed that Rico would fight a trilogy match with Jamal Ben Saddik in early 2021.

Ben Saddik withdrew due to a back injury 11 days before the event.

Rico was also scheduled to participate in a four-man heavyweight tournament, facing Hesdy Gerges in the semifinals after Gerges called Verhoeven out.

Then, Verhoeven was scheduled to fight Jamal Ben Saddik to make his tenth defense of his Glory Heavyweight Championship for Glory: Collision 3 on 23 October 2021.

You might want to know about: Jon Jones: Controversies, Retirement & Net Worth.

As mentioned above, Rico is a 2013 Glory Heavyweight (+95/209 lb) World Championship Tournament Champion.

Bloody Elbow.com awarded Verhoeven the 2013 Kickboxer of the year.

The Kickboxingplanet.com once again awarded Verhoeven the 2016 Kickboxer of the Year.

The Liverkick.com also gave Rico the title of 2017 Fighter of the Year. Moreover, Rico Verhoeven was given the 2019 Glory Highlight of the Year.

He defeated Viktor Bogutzki by TKO in the 1st round as he landed a lot of his punches.

And he has three kids Mikayla Verhoeven, Jazlynn Verhoeven, and Vince Verhoeven.

Since then, he has been more focused on his career and taking care of his three children.

Verhoeven is one of the highest-paid kickboxers. Moreover, he earns the most from his Kickboxing career and has many endorsements and sponsors.

He has been involved in various sectors as he is also invited to various programs and gives motivational speeches to people.

Rico Verhoeven has an estimated net worth of about $3 million.

Rico is endorsed by Samsung, Porshe, Activision, Matix Fitness, etc., and has been actively investing.

He is also involved in a lot of charities and has also fought to raise funds for charities.

Verhoeven has had a fair share of experience in the movie industry.

Furthermore, Rico did a voice-over of the lead character in the movie Ferdinand and was the voice of Hank, the security guard in Angry Birds 2.

Then, Rico recently starred in the 2020 Netflix movie Underground where he was the bodyguard of drug kingpin Ferry Bouman.

You might want to check out: Tyson Fury: Body Transformation, Career & Net Worth.

Verhoeven frequently updates his fans about his life on his social media.

Rico has an excellent social media presence. Besides, he also has his website, which updates people about his fights and his other involvements.

What is Rico Verhoven’s fight record?

Verhoeven has maintained an excellent fighting record. He has fought 68 matches, won 58, 18 are knockouts, and lost 10 of them.

Is Rico Verhoeven the greatest kickboxer of all time?

Many people consider him one of the greatest kickboxers of all time, as he has accomplished a lot in his fighting career.

He was nicknamed The King of Kickboxing for his excellent performances.

What was Rico Verhoeven’s last fight?

Rico Verhoeven faced Alexander Volkov in the February of 2021. He lost the fight via a TKO.

This article will give us some insights into Koji Takeda Girlfriend, Family, MMA Career, and his latest opponent Gadzhi Rabadanov. Let’s talk about Takeda first! Takeda has fought for various organizations, including Bellator MMA and Rizin Fighting Federation. He will appear inside the ring again today, December 31, 2022, against Gadzhi Rabadanov.  As of this…

Isn’t it intriguing that we humans love watching people hurt each other? Be it Boxing or MMA; we enjoy it when a fighter gets knocked out cold. One of the fighters in the MMA world widely known for destroying his opponent in the ring is Stipe Miocic. Stipe Miocic is a Professional MMA fighter who… 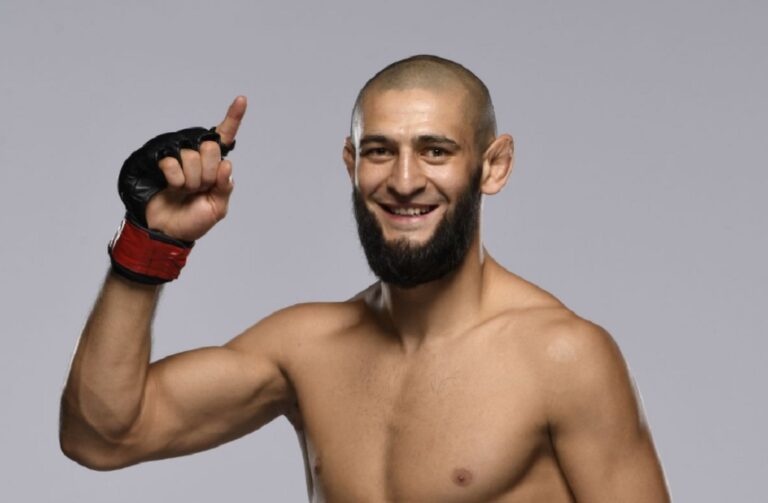 Did Khamzat Chimaev experience hair loss, or did he shave his head? Khamzat Khizarovich Chimaev, a professional mixed martial artist and freestyle wrestler from Sweden, competes in the welterweight category of the Ultimate Fighting Championship. Chimaev has won three Swedish National wrestling championships. In the past, he participated in Brave Combat Federation. Khamzat Chimaev Hair…