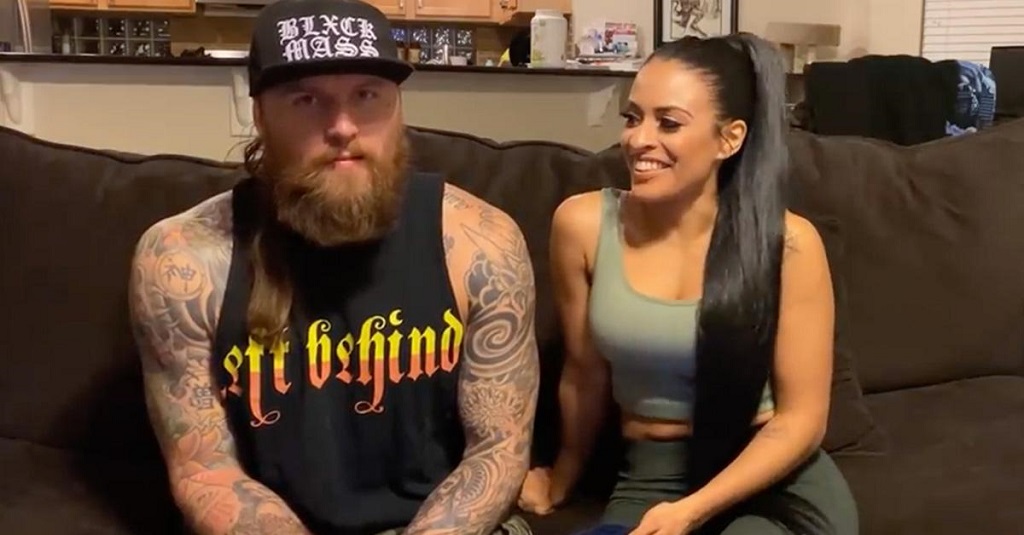 Fans have been searching for Malakai Black wife as he oaths to be leaving AEW because of the injury.

Mr. Tom Budgen was born on May 19, 1985, and is a Dutch professional wrestler who competes for All Elite Wrestling (AEW) as the head of The House of Black under Malakai Black. Black is also well-known for his time spent in the WWE, where from 2017 to 2021, he competed as Aleister Black.

Under the ring moniker Tommy End, Budgen performed for promotions in Europe, the US, and Japan before joining WWE.

You May Also Like: Conor McGregor: Controversies, Career & Net Worth

Malakai Black Wife: Do The Wrestler Have Children?

AEW superstar Malakai Black wife is Zelina Vega, who is also a wrestler fighting in the WWE.

The couple got married in 2018. They do not have children as they have not posted anything about children on their social media handles.

Vega and Black had stints on the WWE roster in various careers. However, the former WWE NXT Champion was fired by the organization earlier in 2021, and Vega was fired by WWE as well but later reinstated.

After being let go by WWE, Black signed a contract with AEW after making an unexpected appearance.

On July 2, 2021, in a SmackDown episode, Vega made a comeback after over eight months. She would compete in the 2021 Women’s Money in the Bank Ladder Match, which was revealed in the same SmackDown broadcast. Vega returned to the ring to take on Liv Morgan.

As part of the 2021 Draft, Vega was selected for the RAW brand. She competed in the Queen’s Crown Tournament in October versus Toni Storm, which Vega won.

Black has had a fantastic, undefeated streak in AEW.

You May Also Like: Eric Bugenhagen: Music, WWE & Net Worth

Rumors that Malakai Black may soon quit AEW, according to Fightful Select’s insider sources there, are “absolutely incorrect.”

Many rumors circulated online regarding Black wanting to be released because he was unhappy with life in Tony Khan’s league.

However, it appears that everyone is committed to finding a solution. Fightful’s sources did inform them that Malakai has been less than pleased with how things have been going for his character on-air.

Black is reportedly going through a personal problem right now that may require a protracted absence from wrestling, according to PWInsider Elite. Nobody could completely understand what is happening (that is, after all, Malakai’s concern), but it is nonetheless intriguing and merits discussion.

This qualification might end rumors that Black wants to quit AEW and return to WWE. Malakai is scheduled to appear on this weekend’s All Out pay-per-view in Chicago and is only one year into a five-year contract with Khan’s organization, so it would also be legally tricky.

He will engage in six-man tag action against Miro, Darby Allin, and Sting alongside House of Black friends Buddy Matthews and Brody King.

Malakai Black Salary And Net Worth: How Rich Is The Wrestler?

According to essentiallysports, Malakai Black has a net worth of $1 million.

Many followers are unaware that Malakai Black owns and operates his apparel business, Blackmass Clothing. Ruby Soho, Shotzi, Simone Johnson, Shane Strickland, Rhea Ripley, and Zelina Vega are just a few of the WWE wrestlers that have posed for his clothing brand.

Malakai and Robert Schubenski, the husband of Rosa Mendes and the owner of Blackcraft Cult, are the owners of Blackmass Clothing.

You May Also Like: Drew Mcintyre: Wrestler, Wife & Net Worth

Logan Paul Wife is a topic of all his fans’ interest. They are eager to know more about their favourite Youtuber’s personal life. Alexander Logan Paul is a professional wrestler from the United States who is presently signed to WWE and competing under the Raw banner. According to Forbes, Paul was one of the highest-paid…

Solo Sikoa hair has been unique since his debut in the WWE NXT. He is the younger brother of the famous WWE twins, The Usos. Solo Sikoa’s real name is Joseph Fatu. The brothers go by the name “The Fatus.” They are the sons of a WWE hall of fame Wrestler, Rikishi. The wrestler is…

The former title receiver of Arnold Amateur Strongman Championship, Braun Strowman is currently a professional wrestler and strongman of WWE. Braun Strowman, also known as the Black sheep of Wyatt’s family, emerged in 2016. If we talk about the true passion of Braun Strowman, the word ‘destruction’ fits him perfectly. Besides that, the WWE werestler…

Dominik Mysterio’s Parents, Father Rey Mysterio and mother Angie Gutierrez, have been the most exciting topics till now; for fans’ curiosity, let’s dive deep in to learn about his family, love life, net worth, and background. Dominik Mysterio is an American professional wrestler who has signed up with WWE. The 25-year-old performs for the Raw…

The death of Sara Lee has shaken the wrestling world. No one had expected the rising star to be gone at the tender age of 30. Sara Lee was an American professional wrestler and television personality. She was best known for her time in the American promotion WWE between 2015 and 2016, during which she…

World Wrestling Entertainment, also known as WWE, we have all seen it or heard of it, right? Who doesn’t love to see two people brawl it out in a wrestling match while we get to sit back enjoy it with popcorn in our hands? We can find different kinds of wrestlers in WWE, fighting their…