If you enjoy skating or a fan of skating, you must have heard of Nyjah Huston, an American professional Skateboarder renowned as the street skating king.

He was born on 30th November 1994 in Davis, California, United States, to parents Adeyemi Huston and Kelle Huston.

Nyjah Huston is famed as the highest-paid Skateboarder, and those who watch skating must have known him as a professional skater but, How much do you know about him on a personal level?

This article will take you all through his personal life, ups and downs in his career as a skateboarder, and a brief about his family and earnings too.

Here are some quick facts about Nyjah Huston:

Nyjah Huston is currently 28 Years Old. His height is 5’10” and weighs about 150 lb with a perfectly healthy body, not so lean and not so fat.

Nyjah did not go to school as he was involved in skateboarding at his very early life stage. He doesn’t like to talk much about his education.

After all, the passion for skating has taken him to the level where he would not ever imagine reaching if he hadn’t chosen skateboarding before anything else.

Huston was born on November 30, 1994, in California. His father raised him and his three brothers and one sister. They were all vegan.

Nyjah Huston has spent the first fifteen years of his life very strictly because of his father.

Just because his father was a Skateboarder, Nyjah started skateboarding when he was just five years old.

His father used to love skateboarding in his teen ages and so he wanted his sons to skateboard.

Nyjah used to skate every single day when his father purchased a skate park in 2004.

Nyjah was sponsored for skating when he was only seven years old, and he got separated from his mother and siblings, which according to his mother, was the toughest but right choice.

When Huston was just ten years old, his father and mother got divorced. After the incident of divorce, Nyjah finally admitted that his father was quite controlling over them all.

Finally, some years later, he reunited with his mom and siblings and ended the lifestyle as a Rastafarian.

And then, he progressed his Skating Career at a rapid rate.

Nyjah Huston was the youngest participant in X-game history who started his X-game participation when he was 11 years old.

His career began at a very young age when he was sponsored by Element and appeared in many of their films.

And now, Nyjah Huston is one of the best and the most successful skateboarder in the history of skateboarding.

He has left everyone speechless with his skating skill. Nyjah has millions of followers on social media. He lives his life more like a celebrity than a skateboarder.

It is all because of his passion for what he does that brought him here in life.

Who had even thought that a normal boy with dreadlock hair, born with so many family restrictions, will be the best skateboarder?

Nyjah proved that passion and consistency in what you are doing would take you to the top.

Huston has won Eleven X-game gold medals and Twenty-two trophies in his skateboarding career until now.

Huston was ranked #5 on Fox Weekly’s “Top 15 Most Influential Skateboarders of all time” in 2014.

He was also nominated for the Young Hollywood Athlete Award in 2014.  Nyjah has won “The Street League Skateboarding Competition Series” six times.

Huston has been given the title “ Most Prize Money ever awarded a Skateboarder.” No doubt, Nyjah Huston has taken Skateboarding to another level with his skills.

Before being a professional skateboarder, Nyjah Huston used to have sprung dreads like his father.

After being involved in skating for over some years, he cuts off his dreads at the age of 16, identifying hip-hop as his favorite musical style.

Huston and his Tattoos

Nyjah has got tattoos nearly all over his body. He got his first tattoo in 2013 when he was in Florida for the Tampa Pro contest.

He had the classic Thrasher “Skate and Destroy” logo onto his forearm.

After that, his love for tattoos began to increase more and more.

He even experienced laser removal and a cover-up. He even got a portrait of his mom.

Getting so many tattoos shows that he is passionate; he doesn’t think twice about doing what he loves. So, it happened in his skating life too.

Nyjah has introduced his first signature shoe with Nike. Later in 2020, Nyjah 2.0 has also been introduced.

Nyjah Huston wasn’t so much into relationships and affairs. Previously he had only one affair.

As of 2021, he has not been engaged in any relationships right now. Huston tries to keep his personal and love life private as much as possible.

The only relationship he had was with Kateri Dion, a model.

Nyjah Huston: Earning and Net Worth

Nyjah Huston estimated net worth is $ 8 million. He is one of the best skateboarders, and he is the highest-paid skateboarder in Skating’s history.

Huston has won more prize money than any other skate player and by competing in several competitions and winning them.

After that, he bought a house in Laguna Beach for $ 3.6 million.

He has endorsement deals with companies like Mountain Dew, Nike, Monster Energy, and Doritos.

His father raised him in a strict vegan lifestyle until 2006.

Nyjah loves car racing and getting tattoos, and he has tattoos on most of his body parts.

It is surprising to know that he is only 26, and he owns his own house, private skatepark, 5-6 pro model shoes.

He has varieties of cars and has an estimated earning of more than $ 550 thousand from skateboarding only.

This can be a dream for many youngsters who are questioning themselves and trying to shape their future.

Although being one of the best skateboarders in the history of skateboarding, Huston has been hated by many.

Once, he was in controversy for his statement, “Some girls can skate, but I personally believe that skateboarding is not for girls at all, Not one bit.”

Later he apologized for the remarks he made about female skateboarders.

This gender-driven controversy affected many of the women skateboarders, and many wrote against Nyjah for his statement.

People often say that Nyjah is a sellout as he accepts loads of cash from big companies.

Nyjah was also in another controversy when he got into an altercation with a man named Ryan Sheehy, claiming that he caused serious bodily harm to Sheehy, leaving Sheehy with a broken nose and cheek gash.

Nyjah was arrested after the incident.

Huston has also faced multiple criminal charges from different parties at his house in California.

He was given three years probation period and ordered to complete 200 hours of community service after that.

Nyjah seems to be more active on Facebook. He has over 2.6 million followers.

Nyjah Huston is sponsored by many brands like Diamond Supply Co., Ricta, Element, Nike skateboarding and Apparel, and Cracker Barrel.

He is also sponsored by Monster Energy, Social CBD, Adept Technology, and many more.

Why did Nyjah Huston leave Element?

He left Element because he had problems with Puerto Rico and California’s distance when he was a kid. So, this caused issues with Element in 2018 when he wasn’t able to take part in demos.

Why do many people hate Nyjah Huston?

Due to his arrogant style and the kind of reactions he gives, many people hate Nyjah Huston, although he is the best skateboarder. Also, many controversies he gets involved in have compelled several people to hate him. 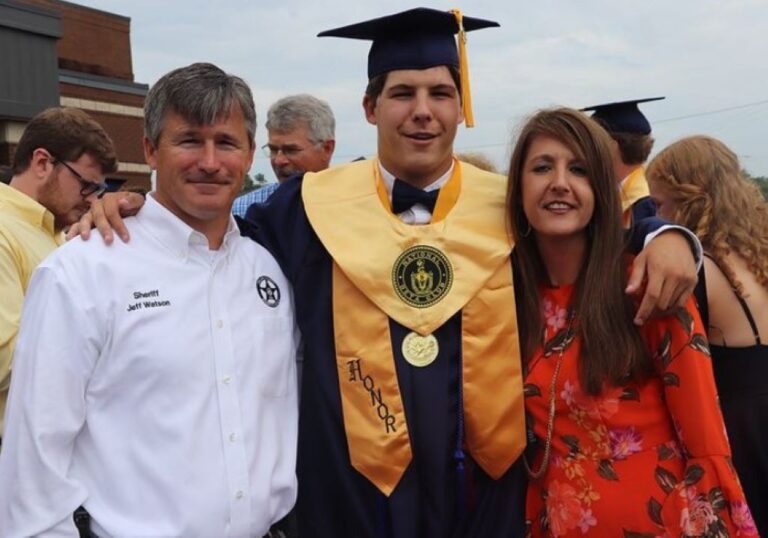 Mindy and Jeff Watson are the proud parents of Gunnar Watson. American-born Gunnar Watson is a youth football player. He plays quarterback for the University of Troy’s “Troy Trojans” squad. He played 4 seasons for the Trojans after signing a deal with them in 2018. Before that, he served as a quarterback for his high…

Ki Bo Bae is a South Korean recurve archer who is one of the best archers in Korean archery history. Ki Bo Bae is a three-time Olympic gold medalist and a bronze medalist as well. She won four Olympic medals for her country in individual and team-based archery tournaments in the Olympics. The gorgeous archer…

Ryann O’ Toole is a professional golf player associated with LPGA Tour and Futures Tour. In fact, she is an American female golfer. Undoubtedly, she has made history with her victories as a professional golfer. Besides the profession, her down-to-earth nature and praiseworthy personality have made her everyone’s favorite. Additionally, the love Ryann has for…

Sophia Culpo is the girlfriend of Braxton Berrios. Sophia Culpo is not his wife because they are not yet wed. However, it appears that the pair is really in love. On Valentine’s Day, they announced their romance on Instagram. American football wide receiver Braxton Berrios plays for the National Football League’s New York Jets. At…