Jennifer Jones is one of the first females in sports history to win the Olympic championship in curling as a skip of the Canadian team.

Also known as ‘the most incredible Canadian women’s curler of all time, Jones is amongst the only two girls to achieve one hundred wins at the Canadian championships.

Besides her notable achievements in curling, there are many more personal things to know about her, which we will discuss below.

Jennifer Jones was born and raised in Winnipeg, Manitoba, Canada. She was a shy child.

Both her parents, Carol and Larry Jones, were curlers themselves. Therefore, they introduced her to the sport when she was 11.

She won her first provincial tournament at the age of 15 when she was a rink team member that included her younger sister. Larry, their dad, was the coach.

Commemorating her dad a year after his death, she said to the Canadian Broadcasting Corporation(CBC), “He’s the one who had this love of curling that was infectious in my family.”

She added, “He lived vicariously through me every time I played.”

You may want to read about Brad Jacobs.

She attended General Vanier School in South Winnipeg from kindergarten to eighth grade.

She went to Windsor Park Collegiate for her studies after that.

Jones received a B.A. in psychology and economics and an LLB from the University of Manitoba.

The curler went on to work as a corporate counsel for National Bank Financial, where she is now a senior legal advisor.

Jones weighs around 138 lbs, and her average height is 5 feet 7 inches.

Jones started curling when she was 11 years old.

Similarly, she competed in her first local junior competition at 15 years old.

Her father was the team coach, including Heather Jones as second, Tracey Lavery as third, and Dana Malanchuk as the lead.

Before being eliminated, they won once and lost twice.

She played third for Jill Staub after the tournament.

The curler won her first provincial junior championship in 1991, playing third for Jill Staub (Thurston). Kristie Moroz was second, and Kelly Scott (then Mackenzie) was first.

The curler wanted to skip her team after the loss and bring together the best team she could.

She approached Jill Officer, a curler at the Highlander Curling Club in Winnipeg.

As a skip, Jones bagged her second provincial junior title in 1993.

They went to the Canadian Juniors after winning the provincial juniors.

The team finished the 1993 Canadian Juniors round robin with an 8-3 record, tying for third place with Nova Scotia and Quebec.

The team faced Quebec (skipped by Janique Berthelot) in their tiebreaker match but lost, knocking them out.

The team was in a three-way tie for third place at the 1994 Canadian Juniors, with Ontario and Northern Ontario, with a 7-4 record.

They beat Rhonda Halvorsen of Northern Ontario in the first tiebreaker by 10-4.

In the second tiebreaker, they beat Dominique Lascelles of Ontario by 10-8.

The team advanced to the semifinals, where they faced Jeanna Richard (Schraeder) of British Columbia, whom they defeated 5-3.

They moved to the final with the victory, where they faced Sherry Linton’s Saskatchewan rink, which finished first.

The team captured the Canadian Junior title in 1994 by beating Saskatchewan 8-5.

Jones got a black eye and a knock on the head after tripping over her foot during the final.

Typically, this would mean a berth in the World Junior Curling Championships next year.

But, a change in the rule by the Canadian Curling Association forced her to compete in a playoff for the right to attend the 1995 Canadian Juniors, which she lost to MacKenzie’s team.

You may be interested in reading about Russ Howard.

The Shot and Pro Career

After losing in the playoffs, she did not return to the national championships for another three years.

The Jones rink returned to the Tournament of Hearts in 2005, with Cathy Gauthier at the helm, long-time teammate Jill Officer at second, and Cathy Overton-Clapham third.

Jones’s Manitoba rink defeated British Columbia by 8-7 in the playoffs, securing a bye to the finals against Ontario after earning the top seed with a 9-2 round-robin record.

The finals came down to one shot against an Ontario rink skipped by Jenn Hanna: a miss would eliminate Jones; a victory and Manitoba would be the crowned national champions.

Jones hit an Ontario stone sitting just outside the house with a shot rock on the button.

Manitoba stone knocked out the shot rock ricocheting off the opposing stone.

Manitoba won by four points owing to the perfect positioning.

Jones’s rink won the event for the second time in 2008 and qualified for the Women’s World Curling Championship for the first time.

Jones won the gold medal with a 7-4 win over China this time.

She won her third Tournament of Hearts in 2009.

Her success on the national stage continued with gold medals in 2015 and 2018.

She also won a silver medal in 2013 (when she became just the second woman, after Colleen Jones, to win 100 championships) and a bronze medal in 2012.

Jones and her rink got to make a wildcard entry in 2020, and she led her team to another bronze medal.

Team Jones was the top seed at the 2013 Olympic trials after posting a 6-1 round-robin record.

They beat an Ontario team skipped by Sherry Middaugh 8-4 in the playoffs, securing Jones’s first trip to the Olympic Winter Games.

They were the tournament’s only unbeaten side.

After defeating Great Britain 6-4 in the semifinals, Canada faced Sweden and skipped Margaretha Sigfridsson in the gold medal match.

Canada captured the Olympic gold medal with a comfortable 6–3 victory.

Jones was voted the most outstanding Canadian women’s curler by a TSN panel in 2019.

She was later qualified to represent Manitoba at the 2008 Scotties Tournament of Hearts in Regina, Saskatchewan, after winning the provincial competition in 2008.

Jones got off to a slow start, going 3-4 to begin the week, but then won four straight games for a 7-4 record, making a spot in the tiebreaker match.

She beat Heather Strong of Newfoundland and Labrador by 6-3.

She defeated Marie-France Larouche of Québec 6-5 in the first round of the playoffs.

Jones made it to the semifinals, where she beat Ontario’s Sherry Middaugh 9-8 in the extra end by stealing a point.

She faced Shannon Kleibrink of Alberta in the final.

Klibrink had a chance to win the game in the last stone, but he only managed to knock out one Manitoba Stone, giving Jones’ team a 6-4 victory and the title of Canadian Champions for the second time.

Jones qualified for the 2008 World Women’s Curling Championship in Vernon, British Columbia, thanks to her victory at the Canadian Championships.

They had access to the nation’s best coaches, physical trainers, and sports psychologists.

When coach Janet Arnott gave a speech, they trailed Debbie McCormick of America 6-1 after four ends.

“I heard Janet say something once, and it stuck in my mind,” TSN analyst Cathy Gauthier said.

The Canadians made a recovery, winning the game 10-9 except for a 6-3 loss to Angelina Jensen of Denmark. China also defeated them.

After a comeback, Jones made it to the finals and beat China to win her first World Championship by 7-4. Jones ended the week with an 11-3 overall record.

She is married to Brent Laing, a former world champion curler from Ontario, and the couple has two children out of wedlock.

Brent also played in the 2018 Olympics. The curler grew up in Meaford, Ontario.

The curler’s total assets have grown over the years.

Jennifer Jones has an estimated net worth of approximately $1 million-$ 5 million.

The curler’s net worth is mostly from her games and wins prizes. She also earns from sponsorship and her investments.

How many Scotties has Jones won?

Why was Jennifer Jones given the title of OM?

Jennifer was given the title of Order of Manitoba in honor of the merits she provided to the Country.

Jennifer Judith Jone OM is her full name after receiving the honorable title.

Jameis Winston And Mike Triplett had an interview where they discussed Winston’s ankle injury and why he shouldn’t have played against Tampa Bay. Jameis Lanaed Winston is a National Football League quarterback for the New Orleans Saints. Winston redshirted behind senior quarterback EJ Manuel during the 2012 college football season. Celeb Doko for more about the latest…

Is Luke Kwon Dead Or Alive? The shocking news of Luke Kwon’s accident has attracted viewers’ attention to his health following the devastating news of the mishap. South Korea-born golf player Luke became immensely popular in the golf community after his car was hit by a truck in the middle of the highway. Luke graduated… 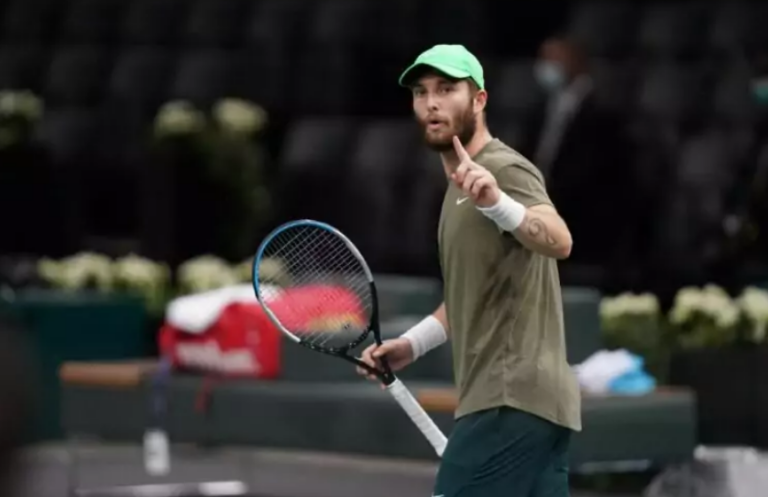