Will & Grace‘s Leslie Jordan has died in a fatal car accident in Hollywood, Los Angeles. He was 67.

Leslie Jordan was an American actor, comedian, writer, and singer. He was best known for playing Beverly Leslie on the N.B.C sitcom Will & Grace, which won him the Primetime Emmy Award for Outstanding Guest Actor in a Comedy Series in 2006.

In theater, Leslie played Earl “Brother Boy” Ingram from Sordid Lives and portrayed the character in the popular cult classic film of the same name.

Find Out: Gareth Malone Illness: Has He Diagnosis With Tinnitus? Family And Net Worth.

Police told the L.A. Times that the actor’s car crashed into the side of a building, and he was declared dead at the scene. They added that it was unclear whether injuries in the collision killed Leslie or whether he had suffered from a prior medical emergency.

His publicist David Shaul said the world had become a “darker place” with his loss. He said that Leslie was a mega talent and a joy to work with, and he also offered an emotional sanctuary to the nation at difficult times.

A host of Hollywood stars quickly paid tribute to Leslie, with his Will & Grace co-star Sean Hayes calling him one of the funniest people he had ever worked with. He added that everyone who met Leslie loved him and praised his unique talent with an enormous heart.

Star Trek actor George Takei and RuPaul’s Drag Race were among others who expressed grief and condolence.

Leslie Allen Jordan was born in Chattanooga, Tennessee, to his parents, Peggy Ann Griffin and Allen Bernard Jordan. His Father, Allen, was a United States Army Reserve major and died during service when Leslie was 11.

Leslie was an openly gay man. He came out to his mother, aged 12. He told his mom something was up, even though he did not know the word ‘gay’ back then. Peggy was accepting and supportive. She did not lecture him but showed concern that he would be ridiculed and asked him to live his life quietly.

The famous actor was unmarried and never had any children. Not only did he never wed, but he also claimed that he never went on a date.

After graduating from the University of Tennessee in 1982, Leslie moved to Los Angeles, where he worked through several roles before getting his breakthrough in the drama Murphy Brown. He was noted for his small stature – standing at just 4 feet 11 inches – and usually played flamboyant characters.

Leslie struggled with alcohol and substance abuse, taking his first drink at age 14. He once humorously recalled ending up in a jail cell next to Robert Downey Jr. Leslie later became sober in the 1990s.

“People say, ‘Well, how do you get sober? What’s the best way?'” Jordan said. “Yeah, well, 120 days in the jailhouse in Los Angeles. That will sober you up.”

Big Brother fans were devastated after news of Rico’s accident surfaced on the internet. Is Rico Swavey Still Alive?  Rico Swavey was an established singer, rapper, actor, and entertainer who rose to immense popularity after his anticipation in the reality, show Nigerian Big Brother as a contestant. Before participating in Big Brother, Rico immensely loved…

Ranveer Singh and Deepika divorce rumors have mushroomed over the internet and worried fans worldwide. However, the speculations are not true. The Bollywood sweethearts tied the knot in 2018. They reportedly started dating in 2012 while filming their hit project, Goliyon Ki Raasleela: Ram Leela, directed by Sanjay Leela Bhansali. Ranveer and Deepika are Bollywood… 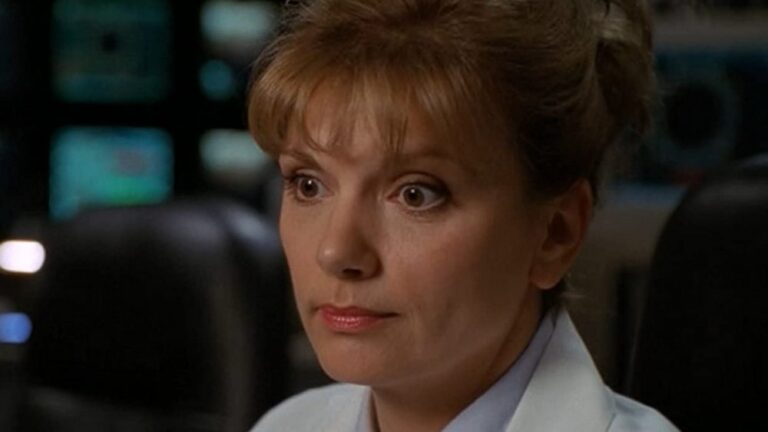 Teryl Rothery is a dancer, musician, and actress from the beautiful city of Vancouver, British Columbia, Canada.  She is well-known for portraying Dr. Janet in the Stargate SG-1, a military sci-fi drama series. Rothery is a private person, and little is known about her personal life. Moreover, Teryl Rothery’s personal life, work, social media, net…