Mischa Hasnaeni Moein has been named a suspect in a criminal case of corruption, irregularities, and misappropriation of funds within PT Waskita Beton Precast from 2016 to 2020.

Hasnaeni Moein was born on 17 July 1976 in Ujung Pandang, South Sulawesi, Indonesia. She is the daughter of a PDI_P politician and former member of the DPR, Max Moein.

In 2008, Max Moein shocked the public with his offensive case with his secretary, Desi Firdayanti. At that time, improper pictures of Max and Desi’s sex scandal circulated widely in Indonesian media. Hasnaeni Moein’s Father was dismissed with disrespect as a member of the DPR.

Hasnaeni is a familiar name in Indonesia. In 2016, she was a candidate for the 2017 Governor of DKI Jakarta Pilkada. Mischa Hasnaeni Moein got her nickname “Golden Woman” from the jargon she carried, i.e., the era of a prosperous society.

Gold represents a prosperous society, she said in her interview with Kompas on 6 February 2016. According to Hasnaeni Moein, by bearing the nickname Golden Woman, she hopes to become a woman who brings prosperity to the community.

Mischa Hasnaeni Moein is a former artist who appeared in the soap operas/television series Jin and Jun and Saras 008. She didn’t play the lead role in the TV shows. During her career in the entertainment world, she used the name Mischa S Moein.

After bidding farewell to her acting career, Golden Woman tried her hands in the business world. As reported by Detikhot, the former artist quit acting because she had to work hard from morning to night and her income was not much.

Talking about her personal life, the businesswoman is a married woman. Muslim Mahmud is Hasnaeni Moein’s husband.

The businesswoman graduated from Krisna Dwipayana University in 2000 with a bachelor’s degree in S1 faculty of Economics. Moreover, she also holds a master’s degree in management from the same University.

Additionally, Ms. Moein completed her doctoral program in economics from UnMer Malang in 2013.

Officers forcibly picked up Hasnaeni Moein to undergo an examination related to the alleged corruption of funds within PT Waskita Beton Precast from 2016 to 2020.

Hasnaeni was in a prison vest and handcuffed when officers assisted her in a wheelchair to the prison car on 22 September 2022.

In addition, the politician covered her face with a small white scarf. She started to scream as she arrived in front of the prisoner’s car and was forced into the vehicle.

Moeni has also been examined as a witness as the President Director of PT Misi Mulia Metrical.

It was reported that PT Waskita Beton Precast Tbk in 2016-2020 committed unlawful acts or abused authority by carrying out fictitious procurements. The purchased goods could not be utilized and followed up. The action caused losses of Rp. 2.5 trillion to the state.

Who is Raleigh Shooting Victims Mary Marshall Susan Karnat? Five people were killed, including an officer, in the incident in Raleigh. This is what we do know. According to authorities, along with Raleigh Shooting Victims, two additional persons were hurt in the incident on Thursday. The shooting, which Governor Roy Cooper described as an “infuriating…

Iker Casillas’s tweet revealing his sexual orientation has taken the internet by storm. Are Iker Casillas And Carles Puyol gay, and are they together? Let’s find out. Iker Casillas is the world-famous former goalkeeper for the Spanish national football team. Because of Iker’s propensity for making outstanding saves, Casillas is regarded as Saint Iker and…

Who is David Depape married to? Get details about David Depape wife and more from this article. The guy who allegedly broke into Nancy Pelosi’s House and beat her 82-year-old husband, Paul, with a hammer was charged on multiple counts on Tuesday, including attempted murder, assault with a deadly weapon, and wrongful imprisonment of an… 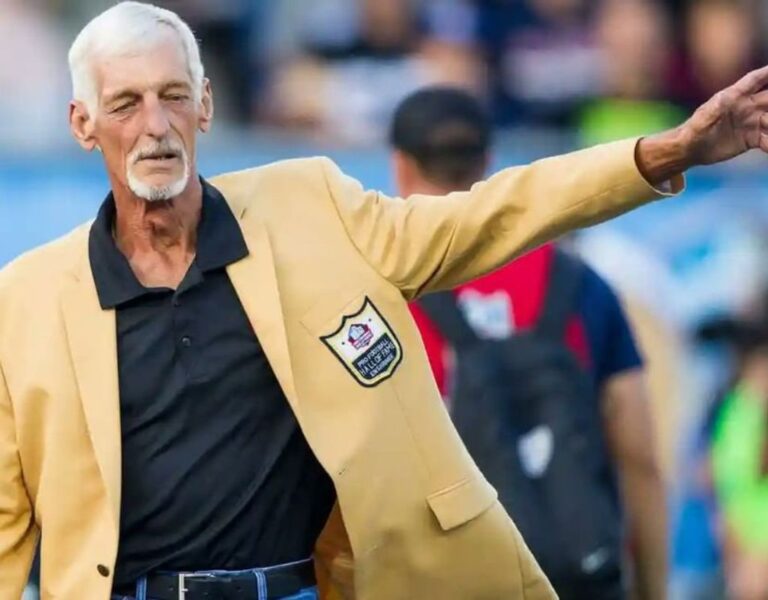 Want to know about Ray Guy Hall Of Fame Obituary? At the age of , Ray Guy, possibly the best punter in NFL history, passed away. William Ray Guy played professional football for the Oakland/Los Angeles Raiders in the National Football League (NFL). When he was a senior at the University of Southern Mississippi, Guy…