Many people have gained fame due to the name of their parents. Neil Jason Wharton is no different.

However, he was able to create his own identity and fame too.

Neil Jason Wharton is an American musician and the son of the famous lead guitarist and frontman of Motley Crue, Vince Neil.

Inspired by his father, Vince, Neil Jason started showing interest in music from an early age.

In addition to that, the multitalented musician has a lot more to show.

Here are some quick about Neil Jason Wharton to get you started.

Neil was born on 3rd October of 1978, in Los Angeles, California, USA.

There is no information regarding his high school and college.

Neil was the only child of Vince and his partner, Tami Jones. However, Wharton has a total of 2 siblings from his father’s relationship with Beth Lynn and Sharise Ruddell.

He has two half-sisters named Elizabeth and Skylar.

Skylar was born on March 26, 1991, but unfortunately died at four due to stomach cancer. She is buried at Forest Lawn, California, United States.

Neil’s sister Elizabeth Ashley Wharton was born on October 29, 1983, and is now married to Will.

Moreover, Neil’s father, Vince, is currently in a relationship with Rain Hannah.

Wharton has no recollection of his mother, Tami. However, he thinks she was a great mother and kind of a badass.

Wharton’s father, Vince, had already started his music career at the early age of seventeen. Vince met Neil’s mother due to a skateboarding accident.

Vince had broken his leg while skateboarding, and Tami reached to help him. Subsequently, their eyes met, and they fell in love.

The couple dated for a year and also conceived Wharton in the same year.

Vince then formed his now-famous band ‘Motley Crue’ before leaving Tami and Neil and marrying his first wife, Beth Lynn.

Vince then had a daughter with Beth Lynn named Elizabeth Ashely Wharton, an American celebrity.

Wharton has a Mexican lineage from his mother’s side. However, he has ancestry from German, Britain, Ireland, and Sweden on his father’s side.

Neil stands tall at the height of 5 feet 9 inches and weighs around 154 lb.

He has a decent body figure and looks exactly like his dad, Vince.

Similarly, Neil has blonde-colored hair with a beautiful pair of blue-colored eyes.

Despite having a thriving career in rock music, Neil doesn’t like talking much about his family.

Wharton is a happy family man, married to his long-time girlfriend, Jennifer Bonet.

They are blessed with a beautiful daughter. She is named Trace Vince Neil Wharton and was born on October 14, 2011.

Except for that, not much information is available about his wife nor about his children.

Inspired by his father’s career as a musician, Neil enjoyed music and singing.

However, he didn’t pursue his career as a musician until his early 20s.

After his graduation, Neil went to Nevada to work as a front desk admin in Harrah’s Casinos.

He worked there for a while before making a jump into the world of music.

Wharton was pushed into the spotlight early as he was the only son of the Motley Crue’s frontman.

The band plays at local events and arenas, and his shows had sold out many times.

Skylar passed away due to stomach cancer at the age of four.

They usually play at Cruefests shows in Los Angeles and Cleveland, featuring as Crue impersonators.

He said, “We play with the raw energy that Crue had in their early days.”

The band loves to perform Crue’s “Take Me to the Top,” “Primal Scream.” However, according to him, the crowd favors “Ten Seconds to Love.”

Neil’s father, Vince, released his first album, Too Fast For love, in 1981.

He then released Shout at the Devil. The album later became the highest seller in 1989.

He then separated from Motley Crue in 1992 and went solo. His album ‘Exposed’ was named on the Billboard List in 1993.

However, he reunited with the band in 1997 and has given numerous hits since then.

Wharton comes from a wealthy family. His father, Vince Neil, has a net worth of 50 million dollars.

Vince collected this hefty sum from his outstanding career as a lead vocalist and his solo albums.

Neil’s estimated net worth is around $1 million.

He accumulated such hefty net worth through his sold-out performances at local events and arenas.

Inspired by his father’s outstanding music career, Neil has been giving his full time to music since his early 20s.

However, Neil hasn’t been honored or awarded to date.

In contrast to that, Neil sounds exactly like his father, and we can imagine him achieving new heights with his band in the coming years.

Vince Neil has had a rough childhood with the constant relocation around the United States.

His family particularly lived in Inglewood, Watts, and then Glendora, where the family settled for good.

Speaking of his personal life, Vince has been married and divorced a total of four times. Neil was, in fact, Vince’s oldest child with his partner Tami Jones.

The Motley Crue’s frontman was involved in a car accident that killed Nicholas Dingley. Vince was drunk driving, and his car crashed with Nicholas’.

The police discover that Vince’s alcohol level was 0.17. He then had to spend 15 days in jail and pay a fine of $2.5 million to the victims.

Where is Neil Jason Wharton now?

With his rock band, Rock’ n’ Roll Junkies, Neil has successfully performed at various local events, including some international shows.

He also assists the Skylar Neil Memorial Foundation, established by his father Vince for his late half-sister.

Neil and the Skylar Neil Memorial Foundation have donated to various organizations for the noble cause.

Since its formation, the Skylar Neil Memorial Foundation has donated over a million dollars for Cancer, Leukemia, and AIDS research.

You may want to read about Stelle Ciccone.

Reaching this far, you may have known that Neil isn’t a fan of sharing. So, there are no social media handles of Neil Jason Wharton.

His half-sister, Elizabeth, too, isn’t fond of social media.

Neil’s father, however, is very active on social media and is also involved in many controversies.

Vince was stirred up in a court drama when he accused his consultant of posting on his accounts without consent.

Multitalented Neil is also a songwriter.

Neil doesn’t have his wiki page as of now, unlike his father, Vince.

Vince is also associated with movies. However, Wharton enjoys his dad’s music way better than his films.

He states that he feels awkward watching his father on-screen.

Wharton is a replica of his father, Vince. He has also portrayed his father’s role in a music video titled ‘Can’t Have Your Cake’ alongside famous Canadian actress Pamela Anderson.

His half-sister, Elizabeth Ashley, is also a celebrity. Well, she gets most of her recognition from her famous father, Vince.

Is Neil a guitarist?

Neil is a singer and also a songwriter for his band Rock’ n’ Roll Junkies.

Where does Neil Jason Wharton live?

He is currently living in the San Francisco Bay area with his family. Neil’s family includes his wife Jennifer and his daughter.

Does Neil Jason has a tattoo?

Yes, Neil has a sunset strip tattoo on his arm. 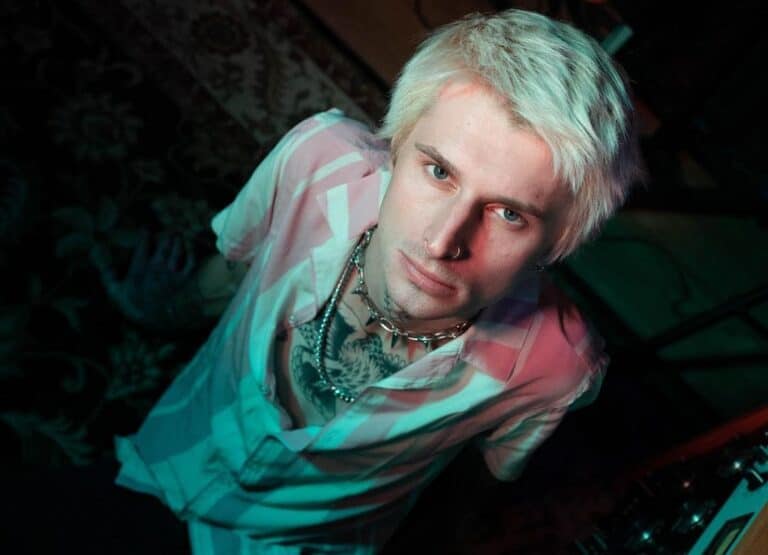 People are curious to know about the young Jeb McIntosh, who earned his name through the reality show “The Bachelor.” Australian drummer, musician, and reality television star Jed McIntosh is a talented individual. Jed, a drummer for the renowned dark pop group Mood Monroe from Melbourne, is an Australian native of Victoria. The show also…

A private person by nature; a musician, and an actor by trade, meet Steve Damstra.  For those curious, Steve Damstra is the bassist for the band Whirlwind Heat, which has released various catchy tunes. In addition, the music composer has contributed to films such as “Magic Valley,” “Are You for Real,” and “The Extraordinary Fight…