He is widely known in the professional bowling scene for his wins in the PBA torus throughout 21 different countries.

He is also a two-time PBA player of the year award winner and one of the three persons to win that title despite not being an American.

The Finnish bowler has bowled a total of 29 perfect 300 games.

Let’s take the time to look at some facts about Mika.

The Finnish bowler is quite a tall guy. He stands at 6 feet and 4 inches.

Unfortunately, there is no information about Mika’s weight and body measurements.

From sheer observation, we can tell that Mika had quite an athletic body in his prime, but despite being old, he seems to be in shape right now.

Furthermore, he has brown hair.

Mika was born and raised in Finland, a Finnish native.

Similarly, he belongs to the Baltic Finnic ethnic background.

Moving on to his horoscope, he belongs to the Aries sign. Aries are known to be independent and Creative.

Unfortunately, there is no information about Mika’s religion.

Mika Juhani Koivuniemi was born on April 6th of 1967 in Tampere, Finland. He was born to his mother, Tuula Koivuniemi.

Regrettably, Mika has not disclosed the name of his father yet.

There is no information about if Mika grew up alongside siblings or if he is a single child.

Moving on to Mika’s educational background, he was a very athletic kid from a young age.

Initially, he was not interested in bowling when he was in school.

He was more of a kid who loved running around and playing outdoor games.

During his school days, he played Football, Basketball, and Hockey.

He was highly athletic and was very proficient at those sports, but eventually, he saw people playing bowling in his hometown.

Mika was intrigued with the game and tried, and he got hooked on it.

He practiced hard, and even before he knew it, he became good at it.

As he kept practicing and polishing his bowling skills, he became an excellent bowler, and just at the age of 21, he joined Finland’s national bowling team.

He debuted for the Finnish team in 1988.

In 1991, he won his first international trophy at  FIQ World Championship with the Finnish team.

After that win, he went on a streak and won worldwide.

He has won games in countries like Japan, China, Canada, America, England, etc.

He has won games around 21 countries globally, and in 1995, he also bagged the European Individual Cup Championship.

Furthermore, he followed it up with another win in 1996 at the World Team Cup Championship with the Finnish team.

Around the 2000s, he went on a hiatus from his international career and focused on his PBA career.

He retired from team Finland around 2010.

But he continued to play internationally on an individual level.

It was a challenging game, and he was facing Sean Rash from America in the finals.

The audiences were on the edge of their seats as it was a very close game.

Similarly, he won the 41st Brunswick Ballmaster Open in the same year and continued his streak by winning Qubica AMF Open and European Bowling Tour Masters.

His successive international bowling win was in 2013 when he defeated Ildemaro Ruiz in the Bahrain International Bowling Championship with a 248-194.

He won with a considerable margin, and it was pretty much just a one-sided game.

Ten years after his official debut for his national team, Mika debuted in Professional Bowling Association (PBA) league in 1999.

After accomplishing many victories with his national team, he challenged himself in an individual match format.

Everyone was excited to watch Mika play as he was known for his versatile bowling style. He never stuck to the same style and only played with it.

He was more of a trick up my sleeve kind of guy.

Around 1999 when he entered the PBA, he only attended 11 events.

Furthermore, in 2000, he attended only 18 events and won his first-ever PBA title.

But it was not until the 2001 season that a vast audience watched him, and people kept an eye on him.

In 2001, he participated in 27 events, cashed in 20 of them, and appeared on national American TV 3 times in the finals of the tournaments.

He won one of the three finals he entered, his second PBA tour title.

Unfortunately, 2002 was not his year, and he could not perform well again.

His performance diverted the attention of his fans from him.

But in 2003, he made an extraordinary comeback from his lows.

Despite appearing in only 20 events, he cashed in 16 of them and appeared on national television seven times throughout the year.

Due to these wins, he was nicknamed “Major Mika.”

He was named that because his first two wins were Major championships.

Mika is famously known as ‘The Big Finn’ in the bowling scene.

He was named this by ESPN commentator Randy Pedersen, a former professional bowler himself.

He continued his wins and won his third major championship in 2011 after winning the PBA Tournament of Champions.

With this win, he earned $250,000, which was a record-breaking prize pool for a PBA tournament ever.

Unfortunately, Mika was close to making another record of being the first-ever person to bowl 300 perfect games on TV, but he missed it with just 1 point.

He scored 299 points and was unable to bag the record for himself.

But even though he was not able to get that record, he made another.

In that match, he was facing Tom Daughtery, who only scored 100 points.

Their point gap was 199 points which was the most significant victory margin by any individual player.

He destroyed Tom in that match.

Another bummer came in Mika’s career when he could not emerge victorious in the US Open.

Further, it was supposed to be an easy win for Mika, but he blew his chance. He had to score 17 points with two shots.

Next, around the end of 2012, Mika became the first-ever European Player to win the PBA-DHC Japan Cup.

Similarly, after two weeks, he claimed another win at PBA-WBT Qatar Open. This was Koivuniemi’s 11th PBA title.

Later, he won his 12th and 13th title in the PBA-WBT Vienna Open and Brunswick Ballmaster Open.

He claimed his last PBA title in 2014 at the WSOB Viper Championship.

Mika Koivuniemi announced his retirement from all bowling formats in the July of 2015. He announced that he was retiring from competitive bowling.

After retiring as a player, he took this opportunity to coach the UAE national team bowling.

That was one reason to retire, but his main reason behind retirement was his Knee and back injuries.

After three years of retirement, he renounced his retirement and returned to professional bowling in 2018.

After retiring, he was inducted into the PBA Hall of Fame around October 2018.

Furthermore, he became the first European player to be inducted into the PBA Hall of Fame.

He debuted for the PBA50 Tour in 2018, and he participated in the PBA Senior US Open, a major tournament.

What better way for ‘Major Mika’ to return than to win the Major title.

The bowler went on to win the tournament and announced that he would occasionally bowl in professional games when he was off his coaching duties.

Mika has won 14 PBA tour titles which include 3 Major championships.

The gold medal-winning coach has won one PBA title in his PBA50 career, a major championship win.

The Finnish is the only European player ever to win US Opens and Masters.

Major Mika has won two players of the year titles throughout his career.

He has won the World Bowling Tournament 4 times.

He has won 5 regional PBA titles.

Mika was ranked 49th on the list of 50 Greatest Players in PBA History.

The Big Finn is currently married to Leena Koivuniemi.

Unfortunately, the couple has not disclosed any information about their relationship or marriage.

Despite not much information surrounding their marriage, Leena is a very supportive and loving wife to Mika on their social media.

Mika’s primary source of income is his professional bowling career and his coaching gigs for different teams.

Mika koivuniemi is estimated to have the networth of $3 Million.

Firstly, he has 14K followers on his Facebook page.

Next, he has around 10.3K followers on his Twitter handle.

Where did Mika reside during his PBA career?

Mika resided in Hartland, Michigan, during his PBA career.

No, he occasionally plays in the PBA50 tour.

Which match is Mika Koivuniemi’s most recent one?

Mike’s most recent game was against Tore Torgersen.

The match was the 2019 PBA Senior US Open finals, and he lost the game, losing the title to the Norweigian.

Franco Agamenone, who goes by his family name, is a famous tennis player. He was born in Ro Cuarto, Argentina, on April 15, 1993. The lovely and populated city of Rio Cuarto is situated in Argentina. Agamemnon is the all-time most well-known & adored celebrity. His nationality is Italian, and has reached 28 years old… 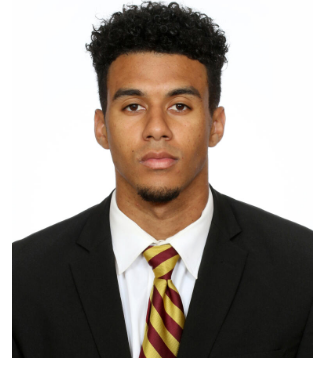